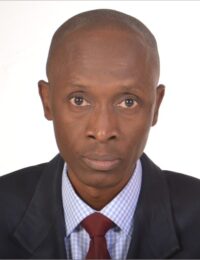 Mr. Abdonel Doudou is the founding executive director of Jurimédia, a nongovernmental organization dedicated to civic education, human rights, and democratic governance in Haiti. He is also a co-founder of the Citizen Observatory for the Institutionalization of Democracy (OCID), a national coalition that conducts election observations, parliamentary monitoring, and public policy analysis. A respected civil society leader, Mr. Doudou has long been active in building the capacity of local community organizers, raising awareness about transparency and accountability, encouraging citizen participation in local governance, promoting human rights, and advocating for free and fair elections in Haiti. His work with Jurimédia led to the design and development of Tansyomèt Demokrasy Lokal (Creole: Local Democracy Barometer), a self-assessment tool for municipalities to measure their progress in good governance. He has worked to advance youth rights, HIV/AIDS prevention, and anti-trafficking efforts with international organizations including the Pan-American Development Foundation, Save the Children, and Christian Aid UK. During his fellowship, Mr. Doudou plans to conduct research and outreach on building responsive and accountable local governance in emerging democracies, documenting his experiences with Jurimédia. He plans to draft a handbook to guide local community actors in their struggles to advance decentralized democratic governments in their countries.