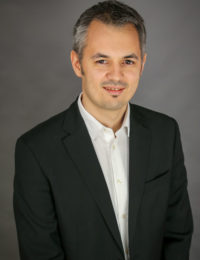 Building a Constituency for Liberal Democracy in the Western Balkans

Mr. Agon Maliqi is a policy analyst, activist, and media writer based in Prishtina, Kosovo.  He is the creator and co-founder of Sbunker, an Albanian language current affairs and ideas blog giving voice to a younger generation of scholars, writers, and activists from the Western Balkans.  At Sbunker, Mr. Maliqi also co-led the creation and national expansion of “TruAktiv,” an alternative critical thinking program in Kosovo targeting young aspiring human rights activists. He is a regular contributor to Kosovo’s print media, having published more than 100 op-eds and essays over the past decade, and is a frequent commentator on current affairs on radio and television.  Over the past decade, Mr. Maliqi has also worked as an independent policy consultant in Kosovo, initially focusing on good governance and human development projects. Due to rising concerns over regional security, and democratic backsliding as a troubling new paradigm in Eastern Europe, his most recent work has focused more on issues of political risk and resilience to authoritarianism. During his fellowship, Mr. Maliqi examined ways of building and mobilizing a constituency for liberal democracy in the Western Balkans region, in order to combat rising illiberalism and popular skepticism about democracy.