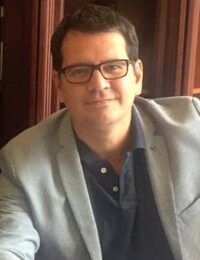 Dr. Armando Chaguaceda is a Cuban-Mexican political scientist and historian, whose research examines democratization and democratic decay, the forces of populism and authoritarianism, and the role of global powers such as Russia and China in Latin American politics. He is a Mexico country expert for Varieties of Democracy, an international research initiative based at the V-Dem Institute at the University of Gothenburg, which seeks to conceptualize and measure democracy in all countries of the world. He has taught at various universities, including la Universidad de Guanajuato (2014–2019), la Universidad Iberoamericana (2016), la Universidad Veracruzana (2013), El Colegio de Veracruz (2009, 2014), and la Universidad de la Habana (2003–2008). He has coedited and coauthored a number of books, including The Social Sciences in Authoritarian Contexts: Academic Production, Censorship, and Repression in the Post–Cold War Period (with Horacio Vives, 2018); Constitutional Change in Cuba: Politics and Law (with Rafael Rojas and Velia Bobes, 2017); and Democracy in Latin America: Between Ideal Utopia and Political Realities (with Alex Caldera, 2016). During his fellowship, Dr. Chaguaceda examined the influence of Russian sharp power in Latin America in the post–Cold War era, and explored the ideological synergies between the political projects of Moscow and Caracas with respect to democracy, human rights, and international relations.