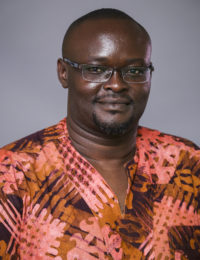 Resolving the Transition Question in Uganda

Mr. Arthur Larok is country director of ActionAid Uganda, a national development organization working to overcome poverty and the factors that perpetuate it. He is also co-chair of ActionAid International’s Working Group on Civic and Political Space. As an activist and mobilizer, he has been instrumental in supporting citizen protest movements and campaigns for social justice and accountability. In 2012, he was one of the architects of the Black Monday Movement, a defining face of citizen action against corruption and theft of public resources and donor aid in Uganda, and in 2010, he helped to spearhead a nationwide campaign to develop a Citizens’ Manifesto, an initiative that has become a hallmark for shaping political accountability in Uganda. He has authored a number of research papers, including “The Role of Civil Society in a Changing Political Context in Uganda” (2012), “Democratizing Africa or Africanizing Democracy?” (2011), and “‘Protecting the Tree or Saving the Forest’: A Political Analysis of the Legal Environment for NGO Operations in Uganda” (2009). During his fellowship, Mr. Larok plans to explore the prospects for a political transition in Uganda and build a domestic constituency and international network of allies in support of such a transition.