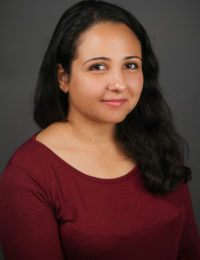 The Average Citizen’s Role in Reshaping the World

Ms. Aya Hijazi is an Egyptian-American children’s rights advocate who, along with her husband, Mohamed Hassanein, founded the Cairo-based Belady Foundation (My Country: An Island for Humanity) in 2013 to support Egyptian street children, steer them away from the street culture of violence, and reintegrate them into society through counseling, education, art, music, and skill building. In 2014, Egyptian security forces raided the foundation and arrested Ms. Hijazi, her husband, and six other staff and volunteers. After three years in detention without trial, all of them were acquitted earlier this year, following negotiations at the highest levels of the U.S. and Egyptian governments. Now in the United States, Ms. Hijazi is working to reestablish the Belady Foundation, and is focusing her fellowship on civil society and the plight of political prisoners in Egypt.