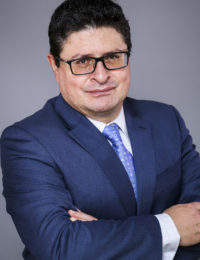 Mr. César Ricaurte is co-founder and executive director of the NED-supported Andean Foundation for Social Observation and Study of the Media (FUNDAMEDIOS), Ecuador’s first civil society organization devoted to the protection of free speech. He has actively denounced his government’s attacks on freedom of the press, including by way of testimonies before the Inter-American Commission on Human Rights, and has been a frequent target of official harassment as a result. In 2012, the Argentinian publishing house Perfil awarded him an International Freedom of the Press Prize, and the Inter-American Press Association granted him its Grand Prize for Press Freedom. During his fellowship, Mr. Ricaurte is working on a project examining the Ecuadorean government’s systematic assault on freedom of expression, including the stigmatization of journalists, NGOs, and independent media.