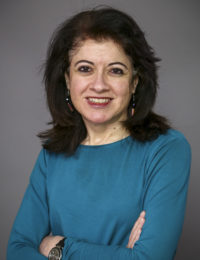 Democracy and Accountability Institutions in Jordan

Dr. May Al Taher is founding director of the Vision Institute for Civil Society Studies, an Amman-based policy research institute that conducts training and research, facilitates civil society debates, and produces policy briefs on legislative reform and good governance issues. In addition, she leads a national Legislative Oversight Team that oversees socioeconomic laws in practice and serves as the Jordanian local partner of the Network of Democrats in the Arab World, a multinational NGO prioritizing democratization within the Arab world.  She has contributed to Jordan’s UNDP Human Development Report on poverty, managed a local observation team for Jordan’s parliamentary elections, and served as lead consultant and trainer on local governance assessments for the United Nations Office of Project Services in Iraq. In 2015, she was a Draper Hills Fellow on Democracy, Development, and the Rule of Law at Stanford University. She has published extensively in English and Arabic on legislative reform, corporate social responsibility, local governance, and making legislation accessible to citizens. During her fellowship, Dr. Al Taher plans to explore the level of horizontal accountability among democratic institutions in Jordan and intends to draft a report on prospects for greater institutionalization of checks and balances in governance.