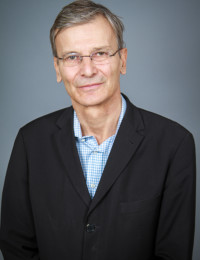 Without a Voice: From Social Exclusion to Active Participation

Dr. Gábor Demszky is a sociologist who has dedicated much of his academic and political career to the plight of the Roma minority in Hungary. After his research license was suspended by the communist authorities in 1980s for signing Charter 77, he continued his dissident writings through the publication of samizdat, founded an underground publishing house, and along with other sociologists, created SZETA (Foundation for Supporting the Poor), Hungary’s first independent organization. He is a founder of the Alliance of Free Democrats–Hungarian Liberal Party (SZDSZ), who was elected to parliament in the elections of 1990 and went on to become chairman of the National Security Committee. From 1990 to 2010, he served as Lord Mayor of Budapest and in 2004, he was elected as a member of the European Parliament. After retiring from politics, he returned to sociology and spent time at the Woodrow Wilson Center, the Netherlands Institute for Advanced Study, and the Wissenschaftkolleg zu Berlin. During his fellowship, Dr. Demszky is comparing U.S. and European experiences with minority integration, with the goal of producing a set of recommendations for the social inclusion and political participation of Europe’s Roma communities.

The Roots of Illiberalism in Hungary...

The International Forum is pleased to welcome nine...

The Case of Roma in Slovakia

Since 2003, the National Democratic Institute (NDI)...

We're pleased to announce our Fall 2015 cohort of Reagan-Fascell,...