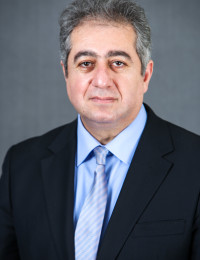 The Politics of Natural Resources in the South Caucasus and Central Asia: Challenges for Transitions to Democracy

Dr. Gubad Ibadoghlu is senior analyst for social and economic studies at Azerbaijan’s Economic Research Center, a Baku-based NGO that promotes economic development and good governance. In addition, he is chairman of the Movement for Democracy and Welfare in Azerbaijan. He also served as chairman of the economic policy commission of the National Council of Democratic Forces in Azerbaijan. As a steering committee member and Azerbaijan country coordinator of the EU Eastern Partnership Program’s Civil Society Forum, he focuses on issues related to democracy, elections, and human rights, and helps to facilitate greater collaboration among the 51 participating NGOs in Azerbaijan. He has also served as a coordinator of “For Improving Transparency in Extractive Industries,” a 112-member Baku-based NGO coalition, and has been selected as a civil society representative to the board of the Extractive Industries Transparency Initiative for 2013–2015. During his fellowship, Dr. Ibadoghlu is conducting a comparative study of the politics of natural resources as an impediment to democratization in the South Caucasus and Central Asia.