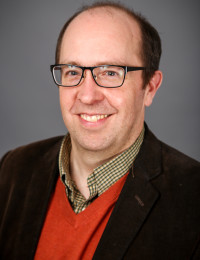 The Public Opinion Foundations for Democracy in Russia and Ukraine

Dr. Henry Hale is professor of political science and international affairs at George Washington University, where he teaches on the comparative politics of Russia and Eurasia, state-building in Central Asia, and theories of comparative politics. From 2009 to 2012, he served as director of the Institute for European, Russian, and Eurasian Studies at GW’s Elliott School of International Affairs. He is the author, most recently, of the book Patronal Politics: Eurasian Regime Dynamics in Comparative Perspective (2015) and winner of two awards from the American Political Science Association for his previous scholarship: the Leon D. Epstein Outstanding Book Award for his book Why Not Parties in Russia (2006) and the Alexander L. George Article Award for his article “Divided We Stand” (World Politics, 2005). His other publications include the book Foundations of Ethnic Politics (2008), two edited volumes, and numerous articles in leading peer-reviewed journals. During his fellowship, Dr. Hale plans to work on a book manuscript and several articles on the public opinion foundations for democracy in Russia and Ukraine, drawing upon datasets from three public opinion surveys relating to political beliefs, attitudes, and identities in the two countries.

In the July 2018 issue of the Journal of Democracy, Christopher Walker defines...

View
The Continuing Battle for Human Rights in Russia

This excerpt is from an article based...

Ukraine: The Maidan and Beyond

"Ukraine: The Maidan and Beyond" Sponsored...