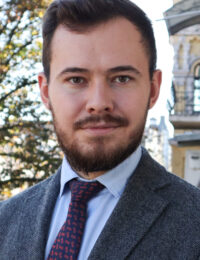 Standardizing Measures of Kremlin Influence in Europe and Abroad

Mr. Grigory Frolov is vice president for programs and development at the Free Russia Foundation, a nongovernmental organization, with offices in Washington, D.C., and Kyiv, that represents and coordinates with the Russia diaspora in deepening awareness of political and economic developments in Russia and in working toward a political transition. As one of the organization’s co-founders and as head of its Free Russia House in Kyiv, Ukraine, he has contributed to the organization’s work in collaborating with Russian civil society and democracy activists at home and abroad, and informing Western policymakers about events in Russia today. He previously worked for a number of leading Russian nonprofit organizations, including the Civic Assistance Committee and Greenpeace Russia. He has authored and contributed to various analytical pieces on regional politics, and is currently managing the Kremlin’s Influence Quarterly, a new journal, published by the Free Russia Foundation, that covers operations of pro-Kremlin actors in Europe. During his fellowship, Mr. Frolov plans to conduct a comparative study of Russian influence in Ukraine, Georgia, and Germany. This comparative research will support the development of a Kremlin Influence Index to monitor the evolution of Russian government influence in foreign countries.