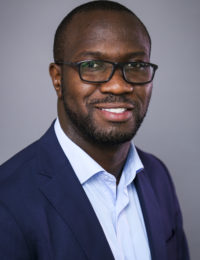 Media Bias and Balance: The Case of Kenya

Mr. James Smart is an experienced journalist, prime-time television anchor, and talk-show host based in Nairobi.  He has worked most recently with the BBC to produce its “Focus on Africa” broadcast, a flagship TV news program that highlights stories from across the African continent. He has also worked extensively with Kenya’s leading TV stations, including Kenyan Television Network and Nation Television. Most notably, he successfully launched two of the country’s top television shows, #TheTrend and #KTNLivewire, which integrate social media platforms such as Twitter to enable viewers to engage directly with the hosts of each program. As part of his media work, Mr. Smart has focused on exposing police brutality, corruption, and injustice, and has been committed to telling the stories of minorities and other disadvantaged groups, including youth. He is the founder of K-Youth Media, a nonprofit organization based in Nairobi that provides media skills and journalism training for youth living in urban slums. During his fellowship, Mr. Smart plans to analyze the content of Kenyan news media to uncover existing biases and put forward recommendations for a more impartial, balanced media environment.