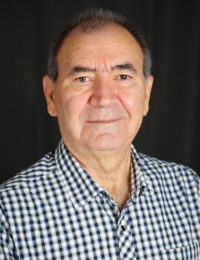 The Peaceful Transition to Democracy in Azerbaijan: Hopes and Illusions

Dr. Jamil Hasanli is the chairman of the National Council of Democratic Forces, Azerbaijan’s political opposition coalition. A prominent advocate for democracy, he was adviser to the president of Azerbaijan in 1993 and served two terms as a member of parliament from 2000 to 2010. In 2013, he was a candidate for the presidential election, representing the united opposition. In addition to his political activism, Dr. Hasanli is also a renowned historian, having served as an associate professor and professor at Baku State University until 2011. He is the author of numerous books, including At the Dawn of the Cold War: The Soviet–American Crisis over Iranian Azerbaijan (2006); Stalin and the Turkish Crisis of the Cold War (2011); Khrushchev’s Thaw and National Identity in Soviet Azerbaijan (2014); and The Sovietization of Azerbaijan: The South Caucasus in the Triangle of Russia, Turkey, and Iran, 1920–1922 (2018). In 2015, he received the Ion Ratiu Democracy Award in recognition of his scholarship and activism in promoting democratic change. During his fellowship, Dr. Hasanli plans to examine Azerbaijan’s transformation from an electoral democracy to electoral authoritarianism and draw up his findings in the form of a book. His goal is to inform the public, combat anti-Western ideology, and support democratic development in Azerbaijan.