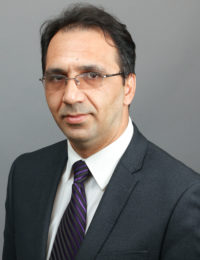 Mr. Khalil Parsa is founding director of Supporting Organization for Afghanistan Civil Society, a NED grantee organization that builds the capacity of citizens and civil society organizations to report corruption. As head of the Herat Citizens Advocacy committee and as provincial director of Herat province’s Monitoring and Evaluation Committee, he has coordinated governmental and nongovernmental efforts in fighting against corruption in the region. From 2002 to 2011, he served as founding director of the Afghanistan Youth Assembly. In the fall of 2016, Mr. Parsa was severely wounded in an assassination attempt, forcing him to flee to India for treatment. In the face of such brutality, he remains dedicated to the cause of transparency and accountability in Afghanistan. During his fellowship, he is working on a policy memorandum delineating steps that the Afghan government, civil society, and international community may pursue in combating corruption in Afghanistan.

Khalil Parsa is a key human rights advocate and anti-corruption leader in Afghanistan.

Women and Good Governance in Afghanistan:...

The Promise of Constitutionalism:...

In light of the rise of populist views in the region, Professor Michael C. Davis...