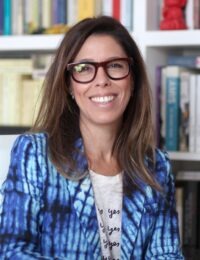 After Kleptocracy: Institutional Reforms and Sustainability of Transparency and Anticorruption Policies in Argentina

Ms. Laura Alonso is an Argentinian democracy and anticorruption advocate who served most recently as head of the Anticorruption Office under the administration of former president Mauricio Macri. In that capacity, she directed the implementation of the Public Ethics Law and the first National Anticorruption Plan. She promoted the enactment of the Corporate Liability legislation and the Guidelines for Integrity Programs in the Private Sector and special recommendations for small and medium-sized enterprises. Under her leadership, the Anticorruption Office contributed to the establishment of a policy to prevent conflicts of interest in public procurement and cooperated in grand corruption investigations of high-ranking former officials. In 2018, she served as chair of the G-20 Anti-Corruption Working Group, and between 2009 and 2015, she was elected member of the Honorable Chamber of Deputies, the lower house of the Argentine National Congress. In 2006–2009, she was the executive director of Poder Ciudadano, the Argentine chapter of Transparency International. In 2012, she was selected as a Draper Hills Fellow at Stanford University and as a Young Global Leader by the World Economic Forum. During her fellowship, Ms. Alonso plans to work on a book manuscript analyzing the institutional context of corruption that prevailed under the Kirchner administration (2003–2015) and assessing whether the policy remedies implemented by the Macri administration (2015–2019) will endure.