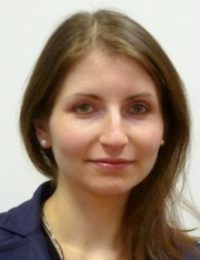 Maria Snegovaya is a Ph.D. candidate at Columbia University, an adjunct fellow at the Center for European Policy Analysis and the Free Russia Foundation, and a Research Associate at the Center for International and Security Studies at Maryland. Her research interests include the sources of support for populist parties in Eastern and Central Europe, Russia’s domestic and foreign policy, the political situation in Ukraine, and the Russian-Ukrainian conflict. In particular, her research has examined the key elements of Russia’s soft and hard power strategies in Ukraine. She also explored the role of Ukrainian Greek Catholic Church in formation of pro-democratic and pro-market attitudes in western Ukraine. Ms. Snegovaya has collaborated with the Institute for the Study of War, the Brookings Institution, the National Endowment for Democracy, Eurasia Group, and Freedom House. Ms. Snegovaya’s publications have appeared in the Russian-language business daily Vedomosti; the Washington Post’s political science blog, the Monkey Cage; the Huffington Post; the National Interest; the New Republic; and the American Interest. Her insight is frequently featured in leading publications, including the New York Times, Bloomberg, the Economist and the Telegraph.