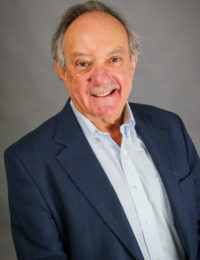 Re-imagining the Rule of Law

Professor Martin Krygier is Gordon Samuels Professor of Law and Social Theory at the University of New South Wales, in Australia and recurrent visiting professor at the Graduate School of Social Research, Warsaw. His research interests include the conditions and nature of the rule of law, and challenges involved in developing and sustaining it in post-communist Europe and other societies scarred by dictatorship and conflict. His writings seek to meld politically engaged legal and political theory with social theory, observation and experience and he has written extensively both for academic audiences and for journals of ideas and public debate. His works include Philip Selznick: Ideals in the World (2012), and, as editor, Rethinking the Rule of Law after Communism (2005) and Spreading Democracy and the Rule of Law? (2006). In 2016, he received the Denis Leslie Mahoney Prize in Legal Theory for his writings on the rule of law. During his fellowship, he conducted research critically examining scholarship on the rule of law and attempts to promote it globally for a book for scholars, activists, and citizens alike, entitled “What’s the Point of the Rule of Law?” He also worked on a closely connected project on populism and constitutional democracy.