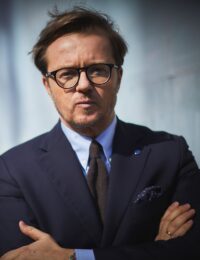 Mr. Michał Wawrykiewicz is a Polish political analyst, activist, and attorney specializing in constitutional law, human rights law, and European law. In 2017, he co-founded the Free Courts Initiative, a think tank and educational center set up to defend the rule of law and raise public awareness about attacks on democratic values in Poland. In 2018, he co-founded the Justice Defense Committee for the legal defense and support of Polish legal professionals targeted by spurious disciplinary proceedings, intimidation, and harassment. He has lent his expertise to international media outlets such as the New York Times, the Guardian, the Washington Post, and Le Figaro. In 2022, the International Association of Lawyers awarded the Free Courts Initiative the 2022 Rule of Law Award, and in 2021, the European Parliament awarded it the European Citizens’ Prize. In 2020, the Polish newspaper Dziennik Gazeta Prawna recognized him as one of the most influential lawyers in Poland, and in 2019, he was named Pro Bono Lawyer of the Year by the Polish newspaper Rzeczpospolita. During his fellowship, Mr. Wawrykiewicz is conducting an analysis of the decline of the rule of law in Poland, in the comparative context of other cases where populist authoritarians have sought to undermine the judiciary.