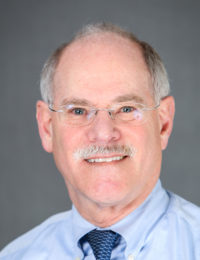 Revisiting the American Founding of the United States

Dr. Art Kaufman served most recently as senior director of the World Movement for Democracy, a global network of activists, practitioners, and scholars engaged in advancing democracy, which has its secretariat at the National Endowment for Democracy (NED). Under his leadership from 2000 to 2015, the secretariat organized global assemblies in Brazil, South Africa, Turkey, Ukraine, Indonesia, Peru, and South Korea. He also led the World Movement in implementing its Defending Civil Society Project, a response to authoritarian efforts to close civil society space for democracy and human rights work, and the Civic Space Initiative to inform general publics about the positive efforts of civil society organizations. From 1995 to 2000, he served as senior program officer at NED’s International Forum for Democratic Studies, and was previously assistant director of the American Enterprise Institute’s bicentennial project “A Decade of Study of the Constitution.” During his fellowship, Dr. Kaufman is developing a series of Internet postings that seek to relate the experience of the U.S. founding to contemporary efforts to establish and consolidate democracy around the world. The project is intended to prompt online discussions among democracy activists and practitioners regarding the challenges to establishing democracy.

In his new position, Walker joins the leadership team at NED and continues to...

Is Democracy Possible in Russia?

The International Forum for Democratic Studies at The...

Media Freedom: The Struggle From...

As we celebrated World Press Freedom Day, the Center...

Voices of Civil Society in Iraq