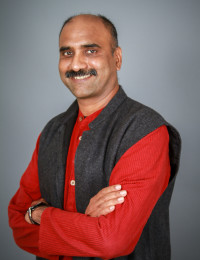 The Bottom Layer: Impunity for Caste Violence in India

Mr. Manoj Mitta is a New Delhi-based journalist focusing on law, human rights, and public policy. He has served as a senior editor at two of India’s leading newspapers, the Times of India and the Indian Express. He was also founding director of the Foundation for Media Professionals, which promotes media freedom and works to uphold standards of journalism in India. He has published two critically acclaimed books on sectarian strife in India, The Fiction of Fact-Finding: Modi and Godhra (2014), in which he questions the exoneration of Narendra Modi in the 2002 Gujarat riots, and When a Tree Shook Delhi: The 1984 Carnage and Its Aftermath, co-authored with H.S. Phoolka (2007). He has spoken at universities around the world, as well as at the British and Canadian Parliaments and the U.S. Congress. Following a year of primary research and interviews in the field, Mr. Mitta is devoting his fellowship to drawing up his findings and writing a book, tentatively entitled The Bottom Layer: Impunity for Caste Violence, focusing on massacres of former untouchables and tribal members in India.

“The Judiciary: The Supreme Court’s Backsliding on the Ramjanmabhoomi Temple-Barbi Masjid Case, Religious Conversions and Cow Slaughter at Different Points of Time Over the Years Has Done Disservice to Indian Secularism,” India Today, December 21, 2015.

Remarks by NED President Carl Gershman to the Institute of Social Sciences.

Creating a Resilient and Inclusive...

Benjamin Reilly is Dean of the Sir Walter Murdoch School of Public Policy and...