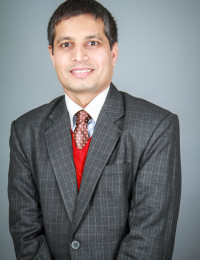 Mr. Tilak Pathak is an op-ed editor and analyst at Kantipur Daily, Nepal’s largest Nepali-language daily newspaper. He is also chair of the Center for Media Research, a Kathmandu-based think tank that conducts research and training related to media, as well as a lecturer on politics and the media at several Nepali universities. From 2013 to 2015 he served as political editor at Nagarik Daily, the country’s second-largest Nepali-language newspaper. He has co-authored two books in Nepali, Constituent Assembly Members on Federalism (2014) and Media Reader (2013), and published several articles on media, political parties, constitution writing, and the peace process. During Nepal’s 2005 coup, Mr. Pathak co-founded “United We Blog,” a site that provided vital political information to the public during the country’s media shutdown. For his incisive reporting, he was named Best Reporter in 2005 by Kantipur Publications. During his fellowship, Mr. Pathak is writing a journal article on campaign finance reform and the need for financial transparency in Nepal’s political parties, comparing Nepali practices with policies enacted in the United States, United Kingdom, and South Asia.

In this panel discussion, experts will discuss Japan’s role in supporting...

Burmese women lead the fight for...

At a panel discussion celebrating the publication of...

Tibet and the Belt and Road Initiative:...