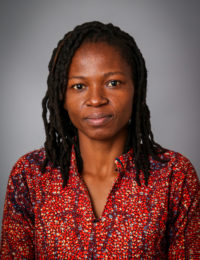 Ms. Glanis Changachirere is founding director of the Institute for Young Women Development, a NED grantee organization that promotes the political participation of young women in Zimbabwe’s marginalized communities. She is a feminist and former student leader, who has courageously broken down barriers between tradition and contemporary democratic societies by fostering dialogue between young women and leaders in Zimbabwe’s Mashonaland Central. In recognition of her pioneering work, she received a 2013 Democracy Award from NED and earned a seat on the World Movement for Democracy’s Steering Committee in 2015. Her inspirational story is told in “Girl Child,” a short documentary film produced by the World Movement. During her fellowship, Ms. Changachirere is conducting comparative analysis, reflecting on lessons learned, and investigating strategies for young women’s political participation in sub-Saharan Africa.

Ms. Lily Gomes is senior program officer with the Solidarity...

On June 27, the National Endowment for Democracy presented...

With support from the National Endowment for Democracy (NED), FAD developed...