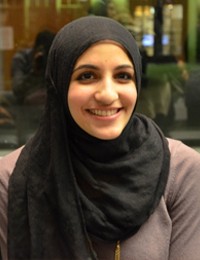 Ms. Maliha AlShehab is an accomplished writer and outspoken advocate for women’s rights in Saudi Arabia. A prominent social activist and community organizer with experience in the field of gender, human rights, and democracy, she has served most recently as program officer for a Washington, D.C.–based organization focusing on women’s rights. Between 2006 and 2010, she was a columnist for Al Watan, a leading Saudi newspaper and other Arab newspapers, where her writings drew attention to the situation of women in Saudi Arabia. She is also the author of the bestselling book Saudi Woman: Image and Voice (2010). During her fellowship, Ms. AlShehab explored ways of bringing an end to discrimination against women in Saudi Arabia and providing them with opportunities to contribute meaningfully to civil society. As part of her efforts to raise awareness within the international community and call for change, she wrote a report on gender inequality in Saudi Arabia and developed a roadmap for empowering Saudi women.

National Endowment for Democracy, “Women in Saudi Arabia: A Feather in the Wind,” February 12, 2015.