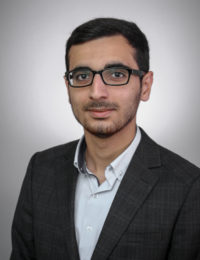 Mr. Najmin Kamilsoy is a human rights activist and international relations coordinator for the NIDA Civic Movement, a pro-democracy youth organization that defends constitutional and human rights and promotes democratic values in Azerbaijan. Prior to his fellowship, Mr. Kamilsoy was a graduate student at Charles University in Prague where he studied Public Policy. He has collaborated with several Azerbaijani and international NGOs in the fields of human rights, election observation, and conflict resolution. Most notably, he has led international advocacy campaigns for the release of political prisoners and has been successful in supporting the release of fellow activists, including his father, prominent human rights defender, Intigam Aliyev. During his fellowship, Mr. Kamilsoy is focusing on how to confront obstacles to emerging democracy youth movements and is conducting global discussions on youth activism in restrictive environments; academic freedom and institutional autonomy; and the impact of unemployment on youth participation.