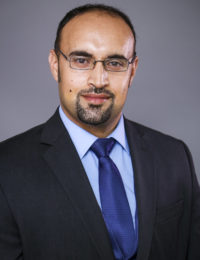 Mr. Nawaf Haskan is a Yezidi journalist from Iraq currently based in the DC area, where he works as a cultural advisor and translator for RYOT and the Huffington Post. From 2015 to 2016, he served as a business development officer for the International Organization for Migration. Before graduating from the American University of Iraq–Sulaimani (AUIS), he founded several youth-based civic education initiatives in the Sinjar district of Ninewa province, where he sought to strengthen the principles of pluralism through regular workshops in local villages. As a journalist, he has discussed issues related to sectarian conflict and democratization in several major and local news outlets, including Public Radio International, the Daily Beast, Iraq Oil Report, and Niqash.  During his fellowship, Mr. Haskan plans to develop methods of teaching Iraqis about the rights and responsibilities of democratic citizenship and provide a forum for independent reporting on issues vital to civic engagement. In coordination with AUIS, he hopes to distribute civic education materials and news articles throughout Iraq in Arabic, Kurdish, and English.