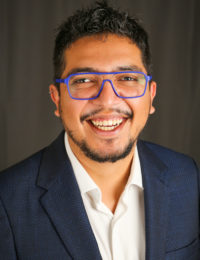 Challenges to Freedom of Expression in the Digital Age

Mr. Pedro V. Villarreal is the executive director of a Colombian-based NGO that combats media censorship and attacks on press freedom, in addition to assisting journalists at risk through legal representation. As a lawyer specializing in freedom of expression litigation, he has worked on cases both before Colombian courts and the Inter-American System of Human Rights, and has led campaigns against government impunity extended to the attackers of journalists murdered for their work. An expert on freedom of the press, regulation of means, and free expression online, he teaches courses on politics, media law, and freedom of expression at El Rosario University and Los Andes University, in Bogota. From 2014 to 2015, he chaired the Coordinating Committee of the IFEX Network for Freedom of Expression in Latin America. During his fellowship, Mr. Villarreal aims to examine the outsized influence of technology platforms in media spheres, and the resulting limitations on press freedom and pluralism of information. His goal is to produce an article that illustrates the importance of audience engagement and media literacy in defending freedom of expression.