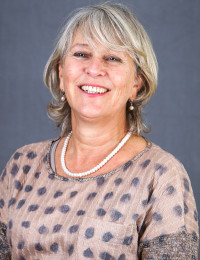 Prof. Rut Diamint is professor of political science at Torcuato Di Tella University and researcher at the National Council of Scientific and Technological Research, based in Buenos Aires. An expert on civil-military relations, she has served as chief of cabinet and advisor to the Argentine Ministry of Defense (2004–2005), and has held research positions at Florida International University (2008) and Columbia University (2001). She has also coordinated projects for the Ford Foundation and Open Society Foundations on defense issues, political leadership, and democracy. Her books include Democratizing Politicians: A Study of Latin American Leaders (2013, in Spanish) and Democracy and Security in Latin America (2002, in Spanish). For her work on security issues, she was appointed to serve on the UN Secretary General’s Advisory Board on Disarmament Matters (2013–2015). During her fellowship, Prof. Diamint is studying the defense policies of key Latin American countries over the past decade in order to identify regional trends in international security. She plans to publish a book exploring the role of the military in Latin America and the impact of regional defense policy on the global security agenda.