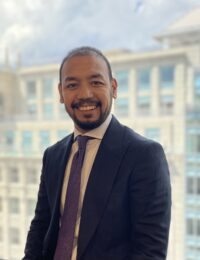 The Alternative Path to Democracy: A Practical Guide to Decentralization in Afghanistan

Mr. Mohammad Sayed Madadi is the former director of foreign relations at the Afghanistan State Ministry for Peace, where he was also a senior member of the Joint Technical Secretariat of Afghanistan Peace Negotiations in Doha, Qatar. Previously, he served as director general of the Afghanistan Civil Service Institute, where he spearheaded the establishment of a Public Administration Innovation Lab and the Good Governance Resource Center, among other noteworthy initiatives. Prior to that, Mr. Madadi held positions with Stanford University, the National Endowment for Democracy, and the Middle East Institute, where he is now a non-resident scholar. Mr. Madadi has a MA in International Policy with a focus in political economy from Stanford University where he was also named a Graduate Fellow at Stanford Center on International Conflict and Negotiation, and a MA in International Relations from New York University where he was a Fulbright Scholar. His writings have appeared in Foreign Policy, War on the Rocks, The National Interest, Al-Jazeera English, The Diplomat, and BBC Persian, among others. During his fellowship, Mr. Madadi is developing a roadmap for a decentralized political system in Afghanistan.