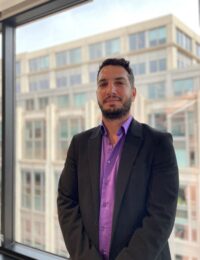 SLAPPs in Turkey: Intimidating and Slowing Down Journalists

Mr. Veysel Ok is a co-founder, lawyer, and coordinator of the Media and Law Studies Association, a Turkish nonprofit organization that offers legal protection to persecuted journalists, promotes the public’s right to information, and defends minority rights, with a particular focus on refugees and the LGBTQI+ community. From 2006 to 2010, he ran his own law practice, acting as legal counsel for predominantly Kurdish writers, journalists, and political prisoners. For his contributions to the rule of law, he was awarded the Thomas Dehler Prize in 2019. In 2020, he won the Index on Censorship Freedom of Expression Award, which honors individuals who have made significant contributions to the fight against censorship anywhere in the world. During his fellowship, Mr. Ok intends to conduct research on the increasing use of strategic lawsuits against public participation (SLAPPs) in the Turkish judicial system in order to silence journalists. He plans to analyze how state prosecutors and companies have weaponized the judiciary to stifle freedom of speech and prevent independent media outlets from operating in the country.