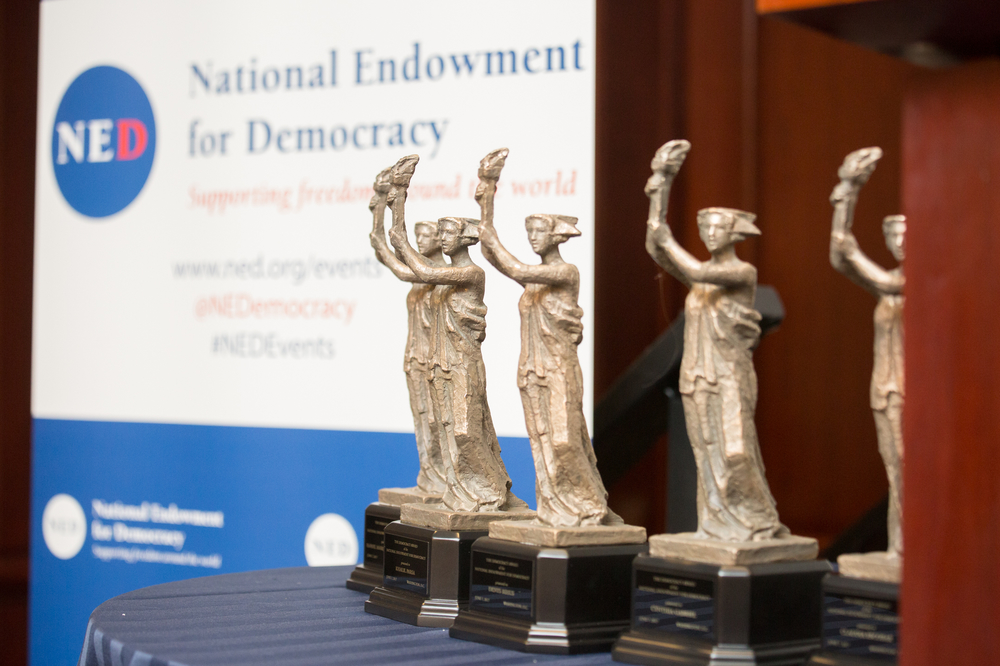 The NED’s Democracy Award is a small-scale replica of the Goddess of Democracy that was constructed in Tiananmen Square in Beijing, China during the student movement for freedom and democracy in 1989.

The original statue was created by art students from the Central Academy of Art in Beijing and by democracy demonstrators; it was unveiled in Tiananmen Square on May 30, 1989. During the government crackdown on June 4, the statue was destroyed by a tank—an unforgettable moment that was witnessed throughout the world.

San Francisco sculptor Thomas Marsh led a project to re-create a 10-foot bronze replica of the original Goddess of Democracy with the help of some Chinese students beginning in 1989. The bronze replica was unveiled in 1994 by Chinese dissidents and Representative Nancy Pelosi in San Francisco. Later, Marsh created smaller replicas of the statue to recognize those around the world who have made contributions to the movement for democracy.

In 1991 the National Endowment for Democracy began presenting the symbolic statuette as its annual Democracy Award.