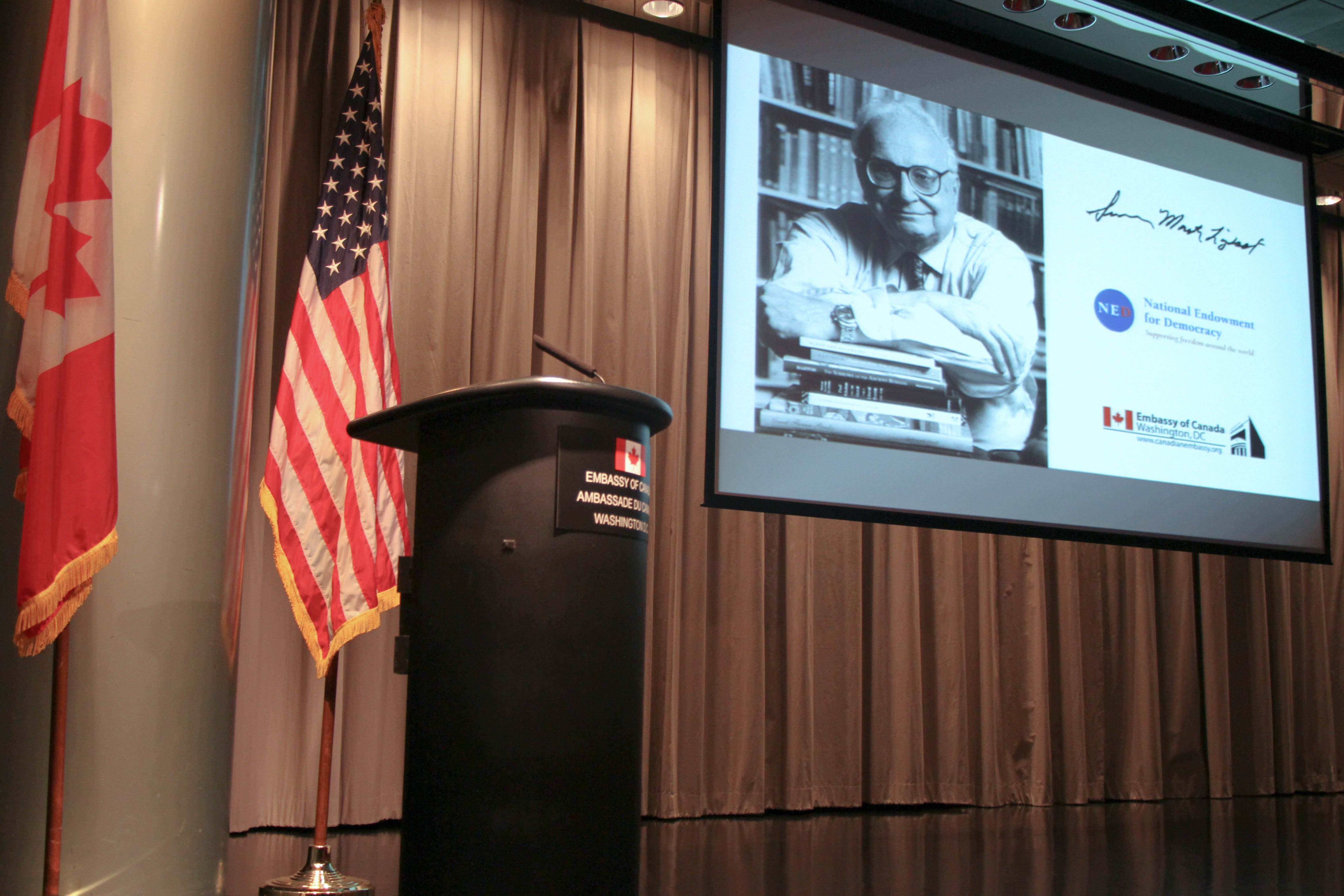 The nineteenth annual Seymour Martin Lipset Lecture on Democracy in the World will be held on Thursday, December 1, 2022. The lecture will be delivered by Anne Applebaum — a journalist and Pulitzer Prize-winning historian — on “Autocracy Inc.: How the World’s Authoritarians Work Together.”

The Seymour Martin Lipset Lecture on Democracy in the World was inaugurated in 2004 by the International Forum for Democratic Studies at the National Endowment for Democracy (NED) and the Munk School for Global Affairs at the University of Toronto as an important new forum for discourse on democracy and its progress worldwide.

The lecture is named for one of the great democratic scholars and public intellectuals of the twentieth century. Seymour Martin Lipset’s scholarship on such themes as the conditions for democracy, political parties, voting behavior, extremist movements, ideologies, and public opinion constitutes one of the most prolific, insightful, and widely read bodies of work on democracy ever produced by a single author.

Lipset was also one of the most important comparative analysts of the two great democracies of North America, and a strong advocate for US-Canadian cooperation. The joint US-Canadian sponsorship of the Lipset Lecture provides an opportunity for influential audiences in both countries to hear and discuss a major intellectual statement on democracy each year. It serves as a catalyst for further cooperation between Canada and the United States in the promotion of democracy and democratic ideas around the world.

The Lipset Lecture is delivered in both the US and Canada. It is an intellectual platform for men and women who, like Lipset, have made important contributions to our thinking about key issues of democracy through their writings and other accomplishments.

While some lecturers may be known primarily for their academic achievements, others will have records of public service that equal their intellectual stature. The lecture is published each year in NED’s Journal of Democracy.

2019 – Alina Mungiu-Pippidi, The Rise and Fall of ‘Good Governance’ Promotion

2016 – Ghia Nodia, The Crisis of Postnationalism

2015 – Andrew J. Nathan, The Puzzle of the Chinese Middle Class

The Fight for Democracy: A New...

NED Vice President for Studies and Analysis Christopher Walker in a new issue...