Black Code: Inside the Battle for Cyberspace from National Endowment for Democracy on Vimeo.

Author, Black Code: Inside the Battle for Cyberspace
Director, Canada Centre for Global Security Studies and the Citizen Lab at the Munk School of Global Affairs at the University of Toronto

President and CEO, Center for Democracy and Technology

The National Endowment for Democracy (NED) hosted a panel on June 24, 2013, a timely discussion which focused on Ronald J. Deibert’s new book, Black Code: Inside the Battle for Cyberspace. The book explores the Internet’s relationship to citizenship, democracy, and human rights.

The featured panelists included: Ronald Deibert, Director of the Canada Centre for Global Security Studies and the Citizen Lab at the Munk School of Global Affairs at the University of Toronto; Leslie Harris, President and CEO of the Center for Democracy and Technology; Harvey Rishikof, Chair of the Advisory Committee of the American Bar Association Standing Committee on Law and National Security; and moderator Rebecca MacKinnon, a Senior Research Fellow at the New America Foundation.

In a comprehensive and varied discussion, panelists conversed about the threats to cyberspace, its securitization, and the implications for government, civil society, and global Internet governance. The role of the Internet in supporting democratic development efforts around the world was also discussed.

As technology becomes increasingly more innovative, the sophistication of its uses also advances.  Citizens can employ the Internet for social media and communication, but governments have the capacity to use the Internet to conduct citizen surveillance and restrict human rights, an experience seen first-hand in countries like Syria, Libya, China and Iran.

These phenomena mark the era of “big data,” characterized by the paradox of simultaneously using the Internet extensively, while knowing very little about how it works. The workings of cyberspace are “shrouded in secrecy,” even while people are “constantly secreting data,” said Deibert.

This paradox has profound impacts on the nature of governance. Since the end of the Cold War, the role of telecommunications in geopolitical struggles has become more important, and increasing amounts of power have been delegated to security agencies, Deibert said. Such architecture is “not a good recipe for liberal democracy,” he said. 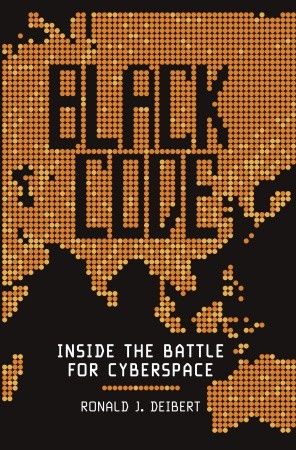 The proliferation of Internet security measures has become a global issue. Deibert said that many filtering practices of authoritarian regimes are powered by technology created in the United States.

“Surveillance technology is leaking out,” he said. “[There is] a very real arms race in cyberspace.”

He argued that civil society should adopt a “distributed security” paradigm, which is based upon the principles of mixture, division and restraint.

Deibert said the importance of “mixture”—that there are a variety of actors involved—from civil society, the private sector, and the government ensures that “no one monopolize[s] [the] discussion.”

Civil society generally stands in opposition to any security-related measure, even though simply “engag[ing] in the no” can be counterproductive, Harris said. Rather, “as a community we need to shift…to take on some of the challenges that we’re facing through a human rights frame.” Otherwise, citizens risk giving the power to people who care a lot about security, but without the frame, she said.

Internet security is paramount to human rights, and orienting human rights in opposition to this security can be harmful, Harris said.

Accountability also came up in the discussion, emerging as a major concern for Internet freedom and security.

And in order to achieve accountability, Harris said, rule of law and an understanding of the rules by all stakeholders are required.

Handling the issues of compliance and accountability will be the major challenge to securing the Internet, which is a social right, Rishikof said. Additionally, determining where sovereignty resides—whether with the private sector, the product, the U.S. Foreign Intelligence Surveillance Act (FISA) court, or the U.S. Congress—will be crucial.

While some of these threats to cybersecurity have alarmed a wide range of society, the answer is not to unplug, Deibert said.

Ronald J. Deibert is Professor of Political Science and Director of the Canada Centre for Global Security Studies and the Citizen Lab at the Munk School of Global Affairs, University of Toronto. The Citizen Lab is an interdisciplinary research and development hothouse working at the intersection of the Internet, global security, and human rights. He is a co-founder and a principal investigator of the OpenNet Initiative and the Information Warfare Monitor.

Deibert was one of the authors of the “Tracking Ghostnet” report that documented an alleged cyber-espionage network affecting over 1200 computers in 103 countries, and the Shadows in the Cloud report, which analyzed a cloud-based espionage network. He is a co-editor of three major volumes with MIT Press—Access Denied: The Practice and Policy of Internet Filtering (2008), Access Controlled: The Shaping of Power, Rights, and Rule in Cyberspace (2010), and Access Contested: Security, Identity, and Resistance in Asian Cyberspace (2011). He is also the author of Parchment, Printing, and Hypermedia: Communications in World Order Transformation (New York: Columbia University Press, 1997) and Black Code: Inside the Battle for Cyberspace (Signal/McClelland & Stewart/Random House, 2013). This year he was appointed to the Order of Ontario, and awarded the Queen Elizabeth II Diamond Jubilee medal for being “among the first to recognize and take measures to mitigate growing threats to communications rights, openness and security worldwide.”

Leslie Harris is the President and CEO of the Center for Democracy & Technology (“CDT”) www.cdt.org, the leading Internet freedom organization working at the vanguard of technology and policy innovation. She is a widely-recognized expert for her work on policy issues related to civil liberties, new technologies and the Internet including free expression, government and consumer privacy, cyber security, Internet governance and global Internet freedom. In the United States, Harris frequently testifies before Congress and federal agencies, and serves on federal governmental advisory committees. She was recently named a senior fellow at the University of Colorado’s Silicon Flatiron Center for Law, Technology and Entrepreneurship.

Harvey Rishikof currently has a joint appointment at Drexel University in the law school and University and is the chair of the Advisory Board for the ABA Standing Committee on Law and National Security. He is a member of the Board of Visitors for the National Intelligence University and on the Advisory Board for the Harvard National Security Law Journal. His last position with the government was the Senior Policy Advisor to the Director of National Counterintelligence Executive (NCIX-ODNI) and is previous chair of the American Bar Association Standing Committee on Law and National Security. Rishikof is a lifetime member of the American Law Institute and the Council on Foreign Relations. He was a federal law clerk in the Third Circuit for the Honorable Leonard I. Garth, a Social Studies Tutor at Harvard University, attorney at Hale and Dorr, Administrative Assistant to the Chief Justice of the United States, legal counsel for the deputy director of the Federal Bureau of Investigation, and dean of Roger Williams School of Law in RI.

Rebecca MacKinnon is a journalist and activist whose work focuses on the intersection of the Internet, human rights, and foreign policy. As a senior fellow at the New America Foundation, she examines U.S. policies related to the Internet, human rights, and global Internet freedom. Her first book, Consent of the Networked, was published in January 2012 by Basic Books. MacKinnon is cofounder of Global Voices Online, a global citizen media network, and is also a founding member of the Global Network Initiative, a multi-stakeholder initiative to advance principles of freedom of expression and privacy in the information and communications technology sector. MacKinnon worked as a journalist for CNN in Beijing for nine years, serving as the network’s Beijing bureau chief. She also served as Tokyo bureau chief. She has held several fellowship positions, including with Harvard’s Joan Shorenstein Center on the Press and Public Policy, the Berkman Center for Internet and Society, the Open Society Foundations, and Princeton’s Center for Information Technology Policy. From 2007-2008, she served on the faculty of the University of Hong Kong’s Journalism and Media Studies Centre, where she taught online journalism and conducted research on Chinese Internet censorship.