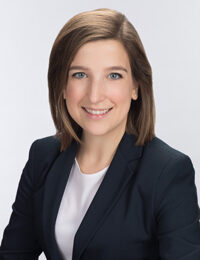 Alexandra Schmitt is a policy analyst at the Center for American Progress on the National Security and International Policy team. In this role, she conducts analysis on human rights, democracy, and development issues and is currently leading the development of a progressive human rights strategy for U.S. foreign policy. Prior to joining CAP, Alex earned a Master in Public Policy from the Harvard Kennedy School (HKS), where she served as a research assistant and course coach for advanced negotiation and conflict resolution classes. Her thesis on civilian protection in U.S. security assistance was completed for a member of Congress and was awarded the “Best Analysis of an Unfolding Crisis” by the Belfer Center for Science and International Affairs. At HKS, Alex also founded and led the organization “Women in Defense, Diplomacy, and Development,” chaired the women in public policy conference, and was awarded the Holly Taylor Sargent Prize for Women’s Advancement. Prior to HKS, Alex worked at Human Rights Watch on U.S. foreign policy advocacy, focusing on atrocities prevention and the women, peace, and security agenda. She has also worked at Human Rights First, the United Nations Foundation, and the International Crisis Group. Originally from Chicago, Alex earned her bachelor’s degree in political science from Grinnell College in Iowa.