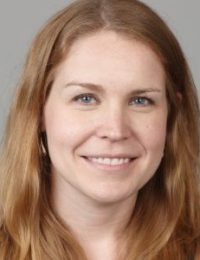 Allison Everhardt is a Director at the global investigations firm Nardello & Co., based in its Washington, DC office.  She has extensive experience managing complex, cross-jurisdictional anti-corruption due diligence investigations on behalf of large multinational corporations, law firms and financial institutions.  She also has significant litigation support experience, having worked on various large matters relating to the Foreign Corrupt Practices Act (FCPA) and international commercial arbitrations.  Allison has completed numerous projects both in the US and internationally and has a particular expertise in Latin America.  Having lived and worked for six years in South America and Europe, she is fluent in Spanish and is proficient in Portuguese.

Prior to entering the anti-corruption investigations sector, Allison earned an MSc in Global Politics from The London School of Economics and Political Science in the UK, where she took courses focusing on impact of globalization on democracy, international political economy and democracy and development in Latin America.  She also earned a BA (Honors) in Spanish and a BA in Political Science from Vanderbilt University, spending a year studying abroad at the Universidad Complutense in Madrid, Spain.