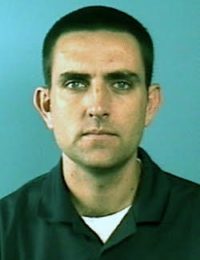 Justin Goldman joined Booz Allen Hamilton in August 2017 as a Senior Consultant. Prior to this, he analyzed war games at the Marine Corps Warfighting Laboratory’s Wargaming Division, supporting issues ranging from expeditionary medicine to naval integration.

From 2013-2015, Justin was an Associate Research Fellow in Military Studies at the S. Rajaratnam School of International Studies in Singapore where he earned his MSc in Strategic Studies. There he provided instruction for the Singapore Armed Forces up to the Command and Staff College level. He had previously been a Visiting Scholar at De La Salle University in Manila and a United States-Indonesia Society Summer Studies Fellow at Gadjah Mada University in Yogyakarta. At Pacific Forum CSIS, he researched Japanese amphibious development and the defense of Japan’s Southwest Islands. As an analyst for the Department of the Navy he deployed in 2008 onboard USS Fort McHenry for Africa Partnership Station. He served in the US Marine Corps as a machine-gunner, operating in Afghanistan and Pakistan with Task Force 58 during 2001-2002. His articles have been published in several outlets, including Defense News, the Diplomat, Jamestown Foundation’s China Brief, and the US Naval War College Review.