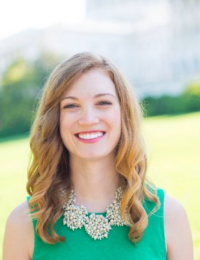 Maggie Dougherty serves as a Professional Staff Member on the Senate Foreign Relations Committee. Previously, she worked as senior policy advisor to formed US Ambassador to the UN, Nikki Haley. In this position her portfolio included Europe, Human Rights, Humanitarian Assistance, and Refugees. Additionally, she managed Ambassador Haley’s Congressional engagement.  She also previously served as Senior Congressional Advisor at the British Embassy in Washington, D.C. where she managed the United Kingdom’s relationship with the U.S. Congress. From 2011-2016, she served in the Office of U.S. Senator Marco Rubio (R-FL) as a foreign policy advisor. During her time in the Senate, she managed Sen. Rubio’s Senate Foreign Relations Committee portfolio. She also drafted legislation that became law, such as the Girls Count Act (P.L. 114-24).  She holds a Master of Arts in Security Studies from Georgetown University and graduated summa cum laude with a Bachelor of Science in Diplomacy and International Relations from Seton Hall University. Her hometown is St. Peters, Missouri.