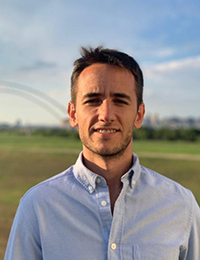 Martin Ferreiro is a program officer at the Department of Electoral Cooperation and Observation (DECO) of the Organization of American States (OAS), where he coordinates teams of experts working on promoting women political participation, countering disinformation, improving campaign funding regulations, reducing polarization, implementing new technologies for elections and facilitating access to electoral justice, among other topics. He has participated in over 30 Electoral Observation Missions in more than 10 different countries across the Americas, including Brazil, Colombia and Mexico. Prior to joining the OAS, Martin worked for the local government in Buenos Aires (Argentina) promoting citizen participation initiatives.  Martin graduated from Buenos Aires University, earning an Honors B.A degree in Political Science. He is currently enrolled at American University to obtain a Master of Science in Data Science and is doing his concentration in Applied Public Affairs. Originally from Argentina, he is a native Spanish speaker, and is fluent in English and Portuguese.