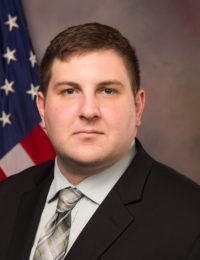 Mitch Armbruster is a Senior Analyst at the Xator Corporation supporting the Federal Government. He is also a PhD candidate at the Catholic University of America in world politics, where his dissertation examines how small states seek to influence the threat perceptions of their much more powerful allies, and under what circumstances those attempts will succeed. Mitch’s research interests include alliances, NATO, security and politics in the Middle East and Africa nuclear weapons policy and strategy, national security policymaking, and U.S. foreign policy. Prior to the Xator Corporation, Mitch was a Student Hire with the Center for the Study of Weapons of Mass Destruction (CSWMD) at the National Defense University. He is a 2016 CSIS PONI Nuclear Scholar.

Mitch holds a BA from UCLA in political science and an MA from Catholic University in world politics.