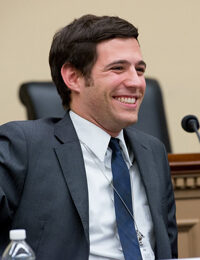 Paul Massaro works at the Commission on Security and Cooperation in Europe, a bipartisan and bicameral U.S. government body led by nine Senators and nine Representatives. He serves there as the policy advisor responsible for OSCE “second dimension” issues, or economic and environmental policy. His portfolio includes topics such as anti-corruption, sanctions, finance, trade, Arctic issues, and energy security. He is also responsible for Mongolia and the OSCE Asian Partners for Cooperation (Japan, Korea, Thailand, Australia, and Afghanistan). Paul holds a Master of Public Policy with a specialization in international security and economic policy from the Maryland School of Public Policy, where he graduated top of his class. He also holds two bachelor’s degrees in government and politics and Germanic studies from the University of Maryland, College Park, where he graduated summa cum laude. He is fluent in German.