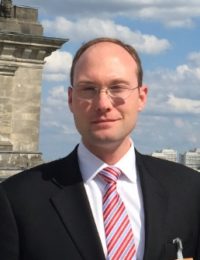 Scott Cullinane has worked for the House Foreign Affairs Europe Subcommittee since April, 2014. The Subcommittee covers a broad jurisdiction, including the European Union, Russia, Turkey, and Central Asia. Scott’s work has focused on issues of democratic transition, rule of law, and press freedom.

Prior to joining the Europe Subcommittee, Scott worked as the Director of Government Affairs for Aeros, an innovative aviation company that specializes in lighter-than-air technology. Scott also served as the Staff Associate for the House Foreign Affairs Oversight Subcommittee beginning in 2011. He is a graduate of the Institute of World Politics in Washington, DC.