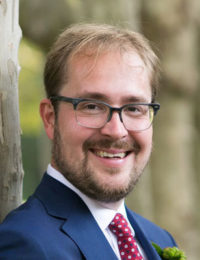 Ted Reinert is an international affairs analyst, editor, and program manager, and a resident fellow at the German Marshall Fund of the United States (GMF) writing about U.S. foreign policy and transatlantic relations. From February 2014 to June 2017, he worked as program officer at the Transatlantic Academy, based at GMF’s Washington office and bringing together scholars from Europe and North America for collaborative research on topics of transatlantic interest. At the Academy, Reinert managed, edited, and promoted publications, coordinated programming, and helped manage fellows and the organization. He is a co-author of the Academy report Suspicious Minds: U.S.-German Relations in the Trump Era (May 2017), and has commented for outlets including Al Jazeera, BuzzFeed News, and Radio Free Europe. Follow him on Twitter @tedreinert.

Previously Reinert worked as a media analyst with SOS International LLC; as a GMF fellow researching U.S. democracy promotion in the Middle East for the EUSpring project; as a research assistant with the Transatlantic Academy; in other research roles with the NATO Parliamentary Assembly in Brussels, the New York University Center on International Cooperation, and the Center for European Policy Analysis; as a journalist; and as a Fulbright English teaching assistant in Hamburg. Reinert holds a master’s in European studies and international economics from Johns Hopkins-SAIS and a bachelor’s in English and German from Bowdoin College.