The National Endowment for Democracy (NED) has added three new members to its Board of Directors. At its meeting on January 10, the NED Board elected for three-year terms Liz Shuler, the Secretary-Treasurer of the AFL-CIO; Scott Carpenter, the Managing Director of Jigsaw, a technology incubator created by Google; and Marc F. Plattner, the former NED Vice President for Research and Studies and former coeditor of the Journal of Democracy.

“The Endowment is excited to welcome these new directors to the Board,” said NED president Carl Gershman. “The expertise and leadership they will bring to NED from their respective fields, coupled with their commitment to advancing freedom and democratic values, will benefit our partners in every region of the world.”

Gershman also recognized the enormous contributions of the three retiring Board members, Ambassador Robert H. Tuttle, James Boland, and Dr. Francis Fukuyama. “The NED is extremely grateful to these three outstanding individuals,” said Gershman.  “Bob Tuttle, Jim Boland, and Frank Fukuyama each served with distinction and strengthened NED greatly.  Their presence on the Board will be missed.”

NED was established in 1983 as a private, nonprofit, grant-making foundation with a mission to strengthen democratic institutions around the world through nongovernmental efforts. With an annual appropriation from the U.S. Congress, the NED Board, which is independent and bipartisan, makes more than 1600 grants each year to support projects that promote political freedom and participation, human rights, social and economic inclusion, a strong civil society, free media, and the rule of law.

About the New Board Members: 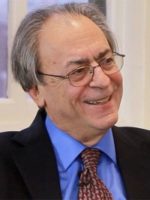 Marc F. Plattner is the founding coeditor of the Journal of Democracy and the cochair of the Research Council of the National Endowment for Democracy’s International Forum for Democratic Studies. Until 2016, he also served as NED’s vice president for research and studies and from 1984 to 1989, he was NED’s director of programs.  Marc is retiring from the staff of NED in January 2020. He is the author of Democracy Without Borders? Global Challenges to Liberal Democracy (2008), and his articles on a wide range of international and public policy issues have appeared in numerous books and journals. Over the past two decades, he has coedited with Larry Diamond more than two dozen books on contemporary issues relating to democracy in the Journal of Democracy book series. 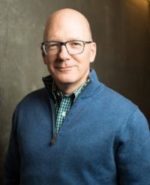 Scott Carpenter is Managing Director at Jigsaw, an Alphabet company, where he drives its international engagement and thought-leadership efforts around such topics as artificial intelligence and geopolitics, online harassment, counter-radicalization, and repressive censorship. He has served on the Board of the International Republic Institute (IRI) and worked for IRI Slovakia. He is also an adjunct fellow at the Washington Institute for Near East Policy and served as Deputy Assistant Secretary of State in the Bureau of Near East Affairs where he helped conceive and implement the Middle East Partnership Initiative. 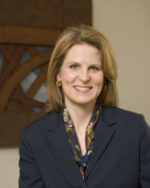 Liz Shuler is the Secretary-Treasurer of the AFL-CIO, the second-highest position in the labor movement. Shuler is a graduate of the University of Oregon with a degree in journalism and serves as the chief financial officer of the AFL-CIO, overseeing operations and a multitude of issue campaigns and programs. She is a leading voice in the future of work debate, advocating that technology must be used as a tool to improve the lives of all working people. Shuler is the first woman elected as the federation’s secretary-treasurer, holding office since 2009.  She represents the AFL-CIO on the boards of the AFL-CIO Housing Investment Trust, the International Trade Union Confederation, the National Women’s Law Center, and the Solidarity Center, among many others.