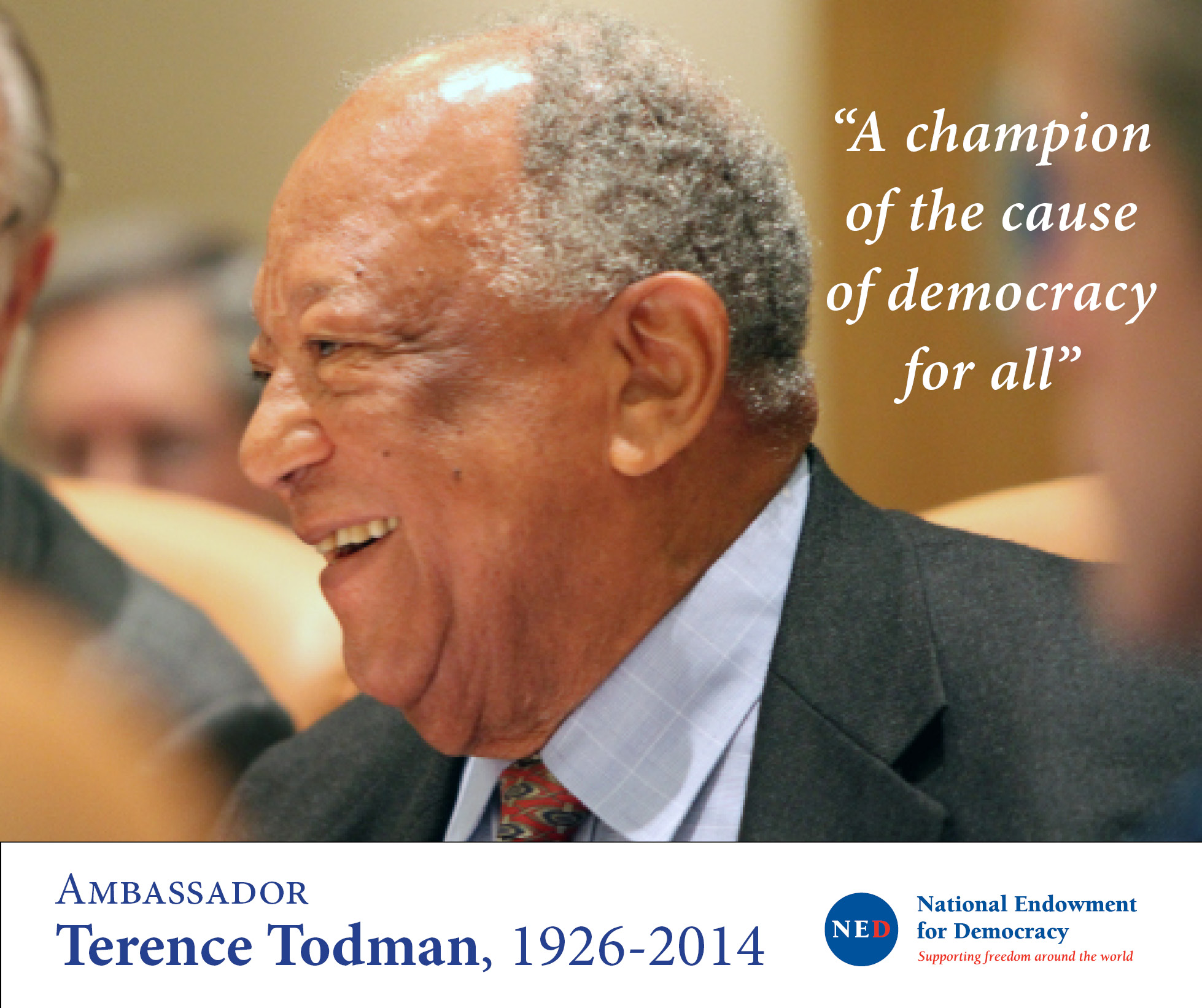 It was with deep sadness that the Board and staff of NED learned of the death of Ambassador Terence Todman, who passed away on August 13, 2014, at the age of 88. Ambassador Todman, who served on the Endowment’s Board of Directors for nine years, provided invaluable guidance in his role as the Board expert for NED grantmaking in the Latin America & Caribbean region.

“He was a man of great dignity, a devoted patriot, and a champion of the cause of democracy for all,” said NED President Carl Gershman. “He will be sorely missed and long remembered.” NED extends its deepest sympathies to the family and friends of Ambassador Todman and to all those whose lives he touched throughout his remarkable career.