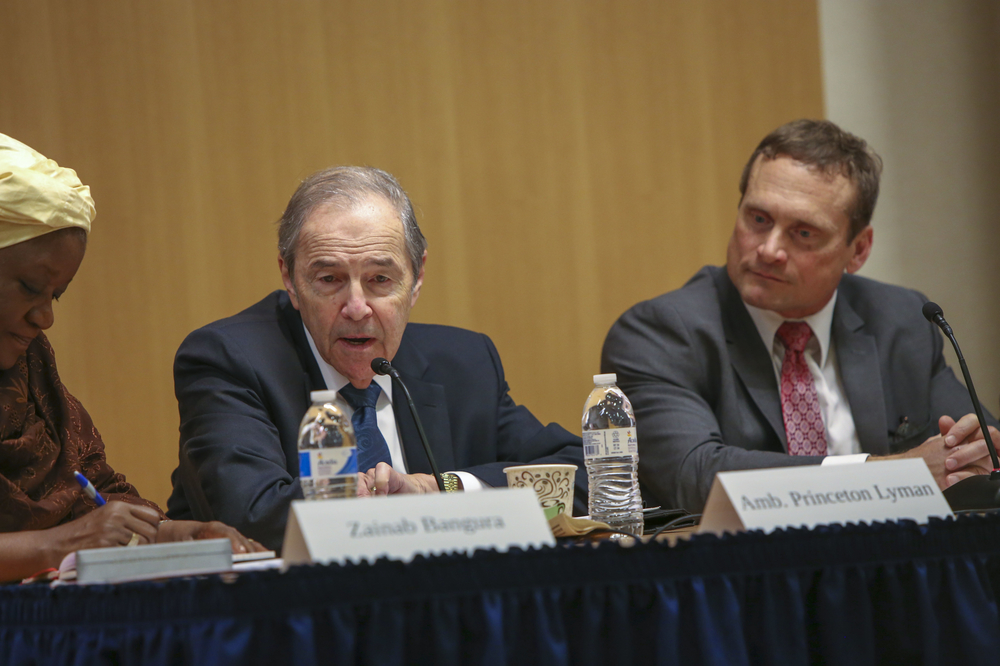 The National Endowment for Democracy (NED) learned with great sadness that Ambassador Princeton Lyman, a long-time member of NED’s Board of Directors, passed away on August 24th.  Lyman had served on the Endowment’s Board for 9 years, ending in June 2017.  One of the United States’ most accomplished diplomats, who most notably served as U.S. Ambassador to South Africa during the transition from apartheid to democracy, Lyman was NED’s Board specialist for Africa.  He was generous to a fault with his time and expertise helping to develop and oversee the Endowment’s grant making on the continent.

“Everyone at NED feels privileged to have been able to know and work with Princeton during his nine years of service on the board,” said NED President Carl Gershman.  “He was an incomparably informed and devoted board specialist on Africa. More than that, he was a mentor to the young people on the NED staff, a gifted teacher, and an inspiring motivator.  He didn’t just support NED’s work. He helped shape lives. In so doing, he enriched the NED’s institutional life and moral culture, and for that, we will be forever grateful to Princeton. May his memory be a blessing.”

The National Endowment for Democracy Board and staff extend our deepest sympathy and sincere condolences to the Lyman family.

Watch Princeton Lyman’s remarks in our Board Reflections video.