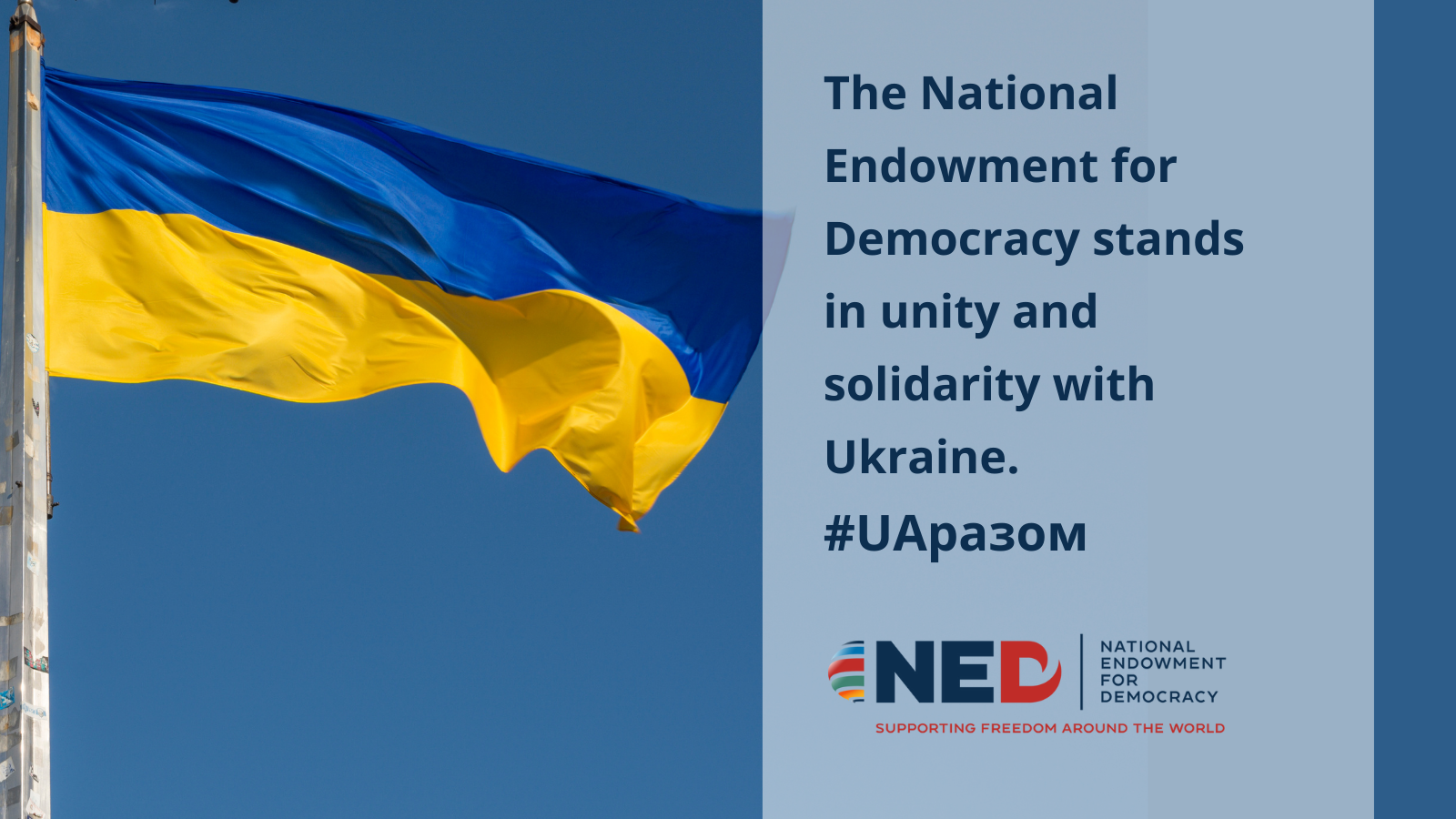 Yesterday, Russian President Vladimir Putin ordered additional troops into separatist-held parts of eastern Ukraine, hours after signing decrees to recognize the independence of these Moscow-backed regions. This attempt to undermine Ukraine’s democracy and splinter the unity of its Western partners—less than eight years after occupying Crimea and launching a proxy war in Donbas in 2014—has sparked outrage among human rights activists and government officials from around the world. Despite constant threats from authoritarian Russia, the Ukrainian people have repeatedly made clear their choice to uphold their country’s independence and to continue to build a democratic future.

The National Endowment for Democracy (NED) has been a proud partner of Ukraine’s civil society groups, media outlets, and human rights defenders since 1989—before the Ukrainian people declared independence in 1991—as they have confronted enormous challenges in building an independent and free country. Ukraine today represents the epicenter of the struggle for freedom. As such, NED continues to provide assistance to independent civic groups and media to help strengthen the Ukrainian people’s ability to determine their own future. Our support bolsters the capacity of civic groups to engage Ukrainian citizens in political processes, promote government transparency and accountability, protect human rights, and to resist and mitigate the negative consequences of Russian aggression and malign influence.

“Vladimir Putin fears the agency of Ukrainian citizens to determine their own future and the example that sets for Russia,” said NED President and Chief Executive Officer Damon Wilson. “This crisis has profound consequences for the cause of freedom and democracy in the region and around the world today. Now is the time for free people around the world to rally in support of a free Ukraine.”

NED stands with Ukraine and its brave citizens who continue to work toward democratic progress, setting a powerful example for other countries in the region and beyond at a time of brewing citizen discontent from Kazakhstan to Belarus. Ukrainian sovereignty and democratic development are the frontlines of the struggle for freedom today.