For years, democracy around the world has been in retreat. Dictators have made every effort to reassert their hold on power, including attacking independent media. When movements for democracy emerge, the media sector often needs to reform to ensure the success of democratization. Adopting new legislative protections for critical journalism, strengthening public service broadcasting, improving market conditions for independent media—these processes can be complicated and progress is not always straightforward. Reform efforts can easily stall, and media advocates face strong headwinds as they contend with entrenched political and business interests vying for control of the information space. 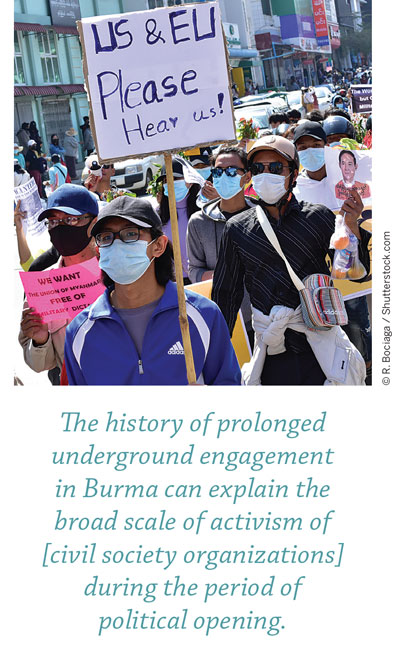 The latest report from the Center for International Media Assistance (CIMA) at the National Endowment for Democracy (NED), Media Reform amid Political Upheaval: Lessons from Burma, Ethiopia, Sudan, Tunisia, and Ukraine, explores how media sector advocates can advance a vision of progressive reform during democratic transitions and how the international community can best support them. The report, written by Tarik Jusić and CIMA Deputy Director Heather Gilberds, demonstrates the importance of support for media during democratic transitions and highlights the key role of civil society as a driving force for a media reform agenda. Other key takeaways include: 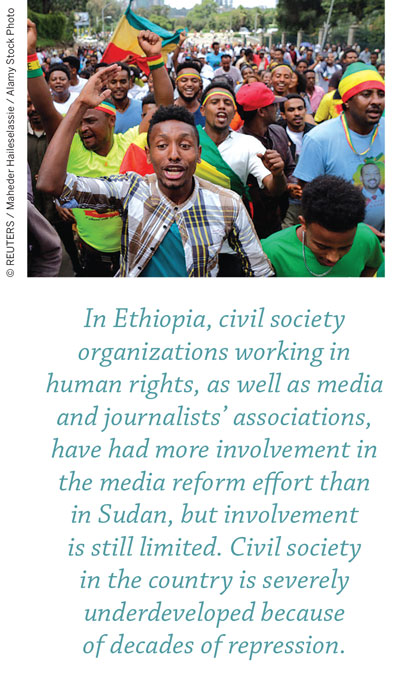 In Media Assistance in Burma’s Reform Decade, Jane McElhone explores the years-long efforts of grassroots movements in Burma to push for media reform, and provides recommendations on how to support independent journalists and media reform advocates as they adjust to the post-coup reality.

In Media Reform during Ethiopia’s Political Transition, Henok Fente’s examination of Ethiopia’s post-2018 media reform experience underscores the importance of context-sensitive media support, especially in divided societies contending with the lingering effects of an authoritarian past.

In Tunisia Media Reform: A Volatile Process, Fatima el-Issawi charts Tunisia’s media reform journey in the decade since the country started its democratic transition, from the early gains to the stagnation that marked the past few years, and provides recommendations for how the media development community can work with local advocates to prepare for the next reform window.

In Long-Term Investments Pay Dividends in Ukraine, Antonina Cherevko and Maksym Dvorovyi highlight the importance of sustained media support throughout Ukraine’s long, often rocky path to democratization and discuss how media assistance actors and foreign donors might improve the climate for independent journalism in Ukraine in the future.