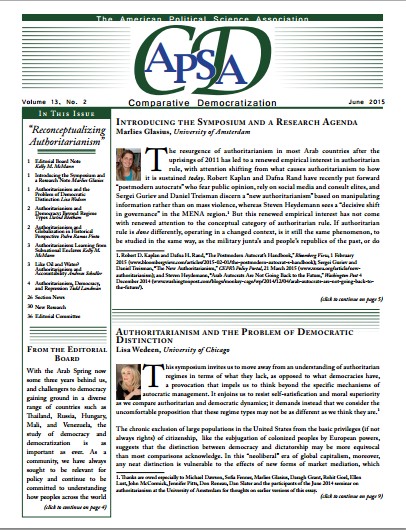 “[With] challengers to democracy gaining ground in a diverse range of countries such as Thailand, Russia, Hungary, Mali, and Venezuela, the study of democracy and democratization is as important as ever,” note the editors of the APSA-CD June 2015 issue. The June edition features seven articles written by members of the APSA-Comparative Democratization section in a symposium on “Reconceptualizing Authoritarianism.”