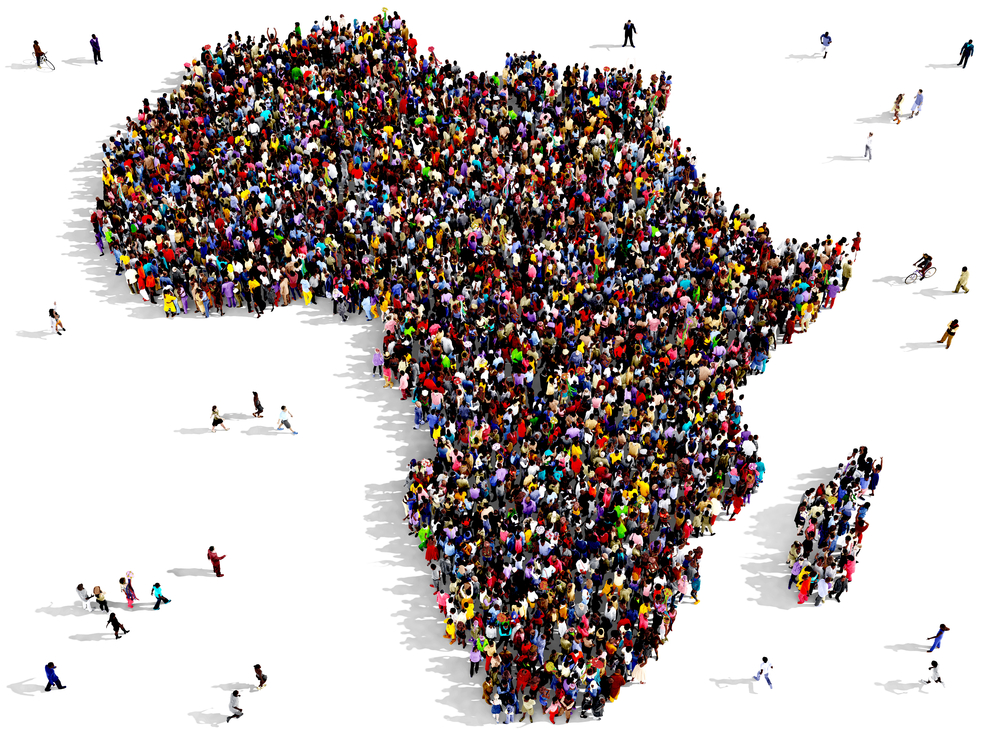 To further explore issues raised in the Journal of Democracy’s July 2019 cluster of articles on “Aspirations and Realities in Africa,” the International Forum for Democratic Studies asked five leading experts their opinion on the single biggest challenge to good governance in sub-Saharan Africa. (Their answers have been edited for length and clarity, and do not necessarily reflect the views of the National Endowment for Democracy.) 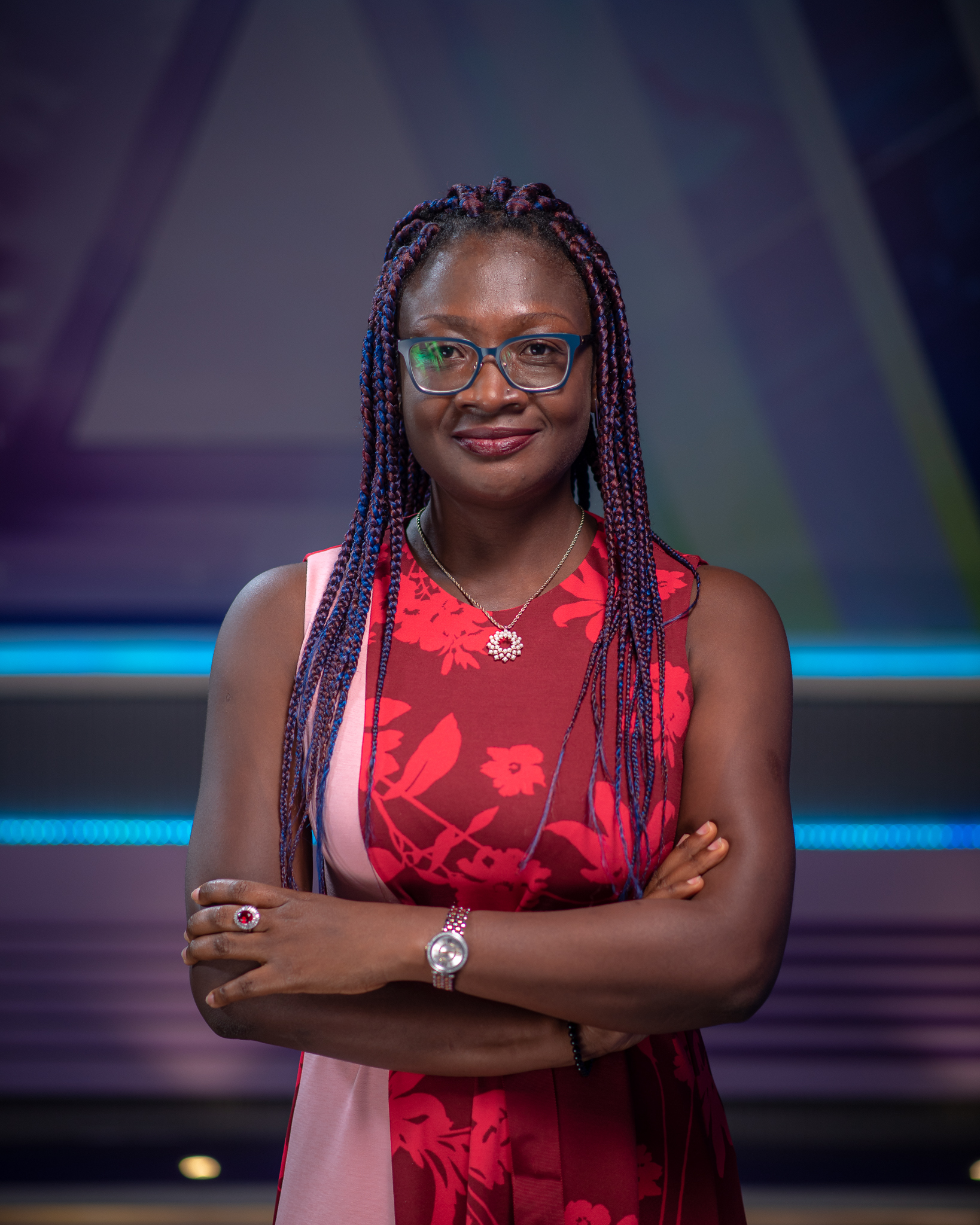 Despite the growth of democracy and the creation of numerous anti-corruption institutions, corruption continues to undermine governance processes across the African continent. It is estimated that Africa annually loses over $50 billion through illicit flows and $148 billion through corruption. Ghana alone loses about GhC 13.5 billion through corruption, with many citizens having to pay bribes before accessing basic public services. In fact, the 2018 Global Corruption Barometer found that more than one in four people on the continent paid bribes for public services. Various studies show that this pervasive corruption is due to the nature of politics, weak institutions, and the lack of campaign finance laws. Most countries operate a system where political parties in power reward supporters with state resources and contracts.

The consequences of widespread corruption is evident in the poor delivery of social services, high levels of poverty and unemployment, and other problems. Corruption also threatens stability and undermines institutions and the rule of law, making it difficult for the people to profit from the dividends of democracy. A recent Afrobarometer survey found that most Africans support democracy but are dissatisfied with the performance of their governments. The dissatisfaction stems from the failure of African governments to deliver social and economic goods.

Given that democracy is on the decline elsewhere in the world due to poor governance, African governments will have to vigorously address corruption by strengthening anti-corruption institutions and reforming judiciaries and other oversight institutions.

Corruption also threatens stability and undermines institutions and the rule of law, making it difficult for the people to profit from the dividends of democracy. 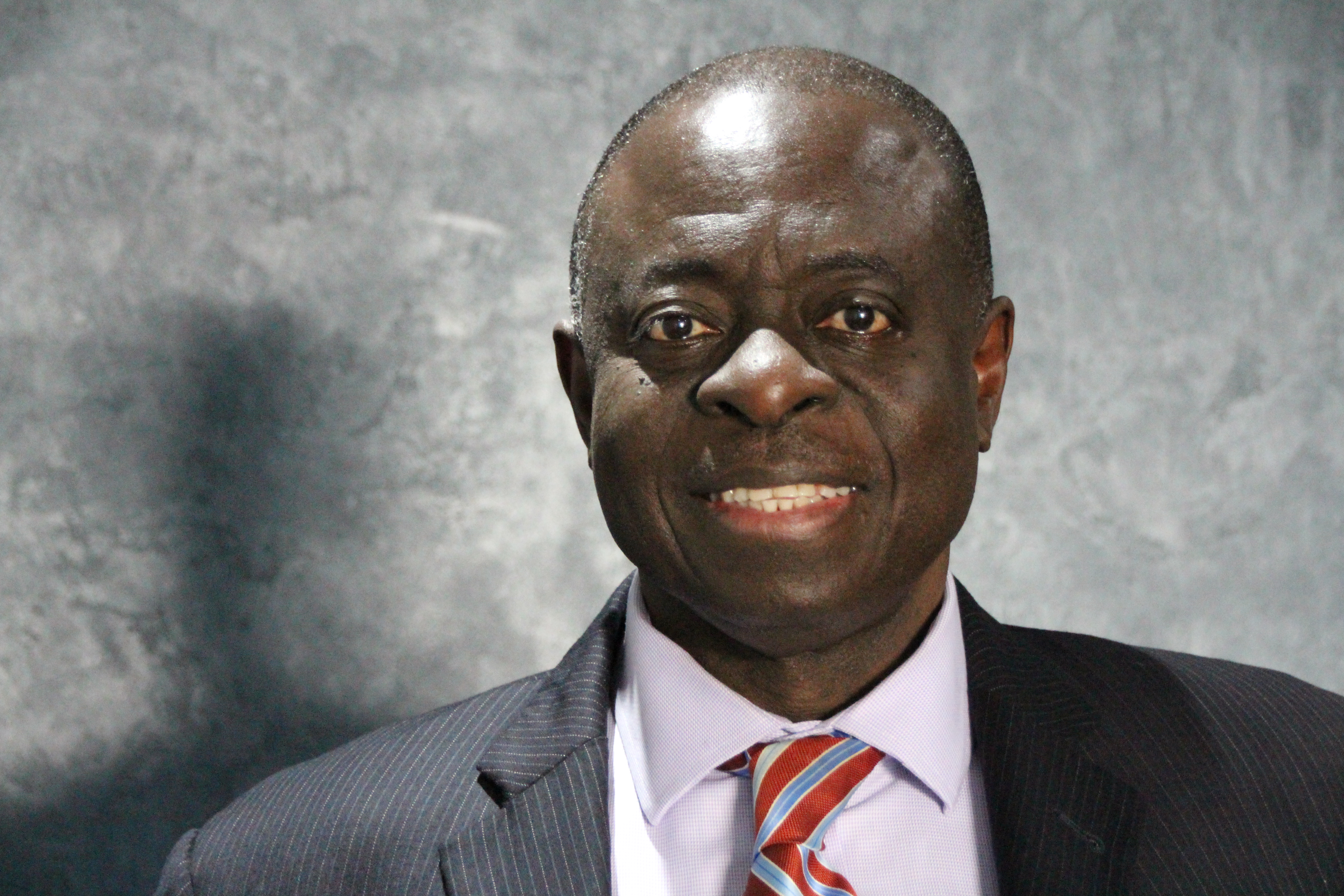 Emmanuel Gyimah-Boadi is co-founder and Executive Director of Afrobarometer, a pan-African survey research project that tracks public opinion on political, economic, and social developments in African countries. He is also a co-founder and former Executive Director of the Ghana Center for Democratic Development (CDD-Ghana), an independent, non- partisan, and non-profit policy research and advocacy group on democratic governance. Read his July 2019 Journal of Democracy article on “Aspirations and Realities in Africa: Democratic Delivery Falls Short,” and follow him on Twitter @gyimahboadi.

Abundant anecdotal and empirical evidence indicates strong and deepening popular demand for the type of governance that features transparency, accountability, the rule of law, and term-limited presidencies. Daily developments on the streets, in the courts, and on social media across Africa point to the presence of a large pool of citizens and citizen groups determined to protect the democratic governance gains of the past twenty years and work towards democratic consolidation. However, many of the continent’s incumbent presidents and political parties do their best to thwart these popular aspirations. Unwilling to relinquish authoritarian control, they block reforms that would curb permissive constitutional arrangements and strengthen institutional checks and balances; and some launch efforts to jettison or weaken constitutional limits on presidential tenure. African political leaders are, therefore, without doubt, the biggest impediment to democratic governance on the continent.

These good governance-resisting elites are significantly enabled by national constitutions bereft of constitutionalism and a reliance on economic and symbolic power in the presidency and executive branch of government, and by domestic political economies characterized by government dominance over the formal economy and a weak private sector (which confers enormous patronage dispensation advantages on the president and ruling party, fueling their state and democracy “capture” schemes). Additionally, today’s external environment abets African domestic elites’ determination to frustrate their citizens’ aspirations for democratic governance. The continent’s regional institutions and leadership display ambiguity in the enforcement of the democratic governance standards contained in their own charters. Western nations have retreated from emphasizing democratic governance principles in their development assistance programs (in favor of geostrategic interests such as competing against China, stemming migration, and fighting terrorism). And China and other emerging global powers are vigorously courting African leaders by providing them with military and development assistance without political reform “conditionalities.”

These good governance-resisting elites are significantly enabled by national constitutions bereft of constitutionalism and a reliance on economic and symbolic power in the presidency and executive branch of government. 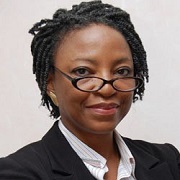 Ayo Obe is a legal practitioner and a partner in the Lagos-based law firm Ogunsola Shonibare. She chairs the Board of Trustees of the Gorée Institute and is a trustee of the Brussels-based International Crisis Group. She also served as the Chairperson of the Steering Committee of the World Movement for Democracy. Read her July 2019 Journal of Democracy article on “Aspirations and Realities in Africa: Nigeria’s Emerging Two-Party System?” and follow her on Twitter @naijama.

It is challenging to list a single impediment to good governance in sub-Saharan Africa. The need for better levels of transparency, integrity, and accountability among African political leaders is fairly universal across the continent. In Nigeria and other places, serious, targeted investment in infrastructure, especially electricity and rail transport, as well as in meaningful, modern, and compulsory primary education for children, would improve the standards of living among African publics. Finally, security agencies dedicated to the safety and security of citizens, rather than to the survival of the government in power, are key to civic life across the continent.

The need for better levels of transparency, integrity, and accountability among African political leaders is fairly universal across the continent. 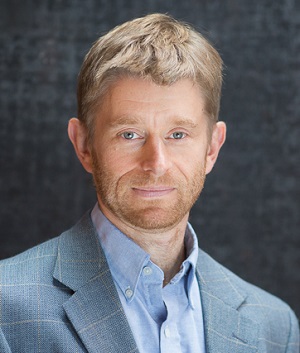 Jon Temin is the director of the Africa program at Freedom House, overseeing the organization’s efforts to advance democracy and human rights across the continent. From 2014 to 2017, he was a member of the Departments of State’s Policy Planning Staff, providing strategic guidance and long-term thinking to the secretary on Africa issues. Follow him on Twitter @JonTemin and read his July 2019 Journal of Democracy article on “Aspirations and Realities in Africa: Ethiopia’s Quiet Revolution” (with Yoseph Badwaza).

Minimal accountability of government officials to African citizens impedes good governance more than any other single factor. This is far from unique to Africa, but is pronounced in some countries on the continent, especially where government leaders do not derive their legitimacy from popular support.  Instead, some earned their positions through force and the legacy of rebellion, by ascending within a dominant political party, or through elections of questionable legitimacy. Because they did not come to office on the back of popular support, and once in office do not depend on popular support—
especially when they have a monopoly on the use of force and engage in grand corruption—leaders feel little pressure to respond to citizen demands and adapt to public sentiment. The lack, in many countries, of a functional and broad tax system (especially where government revenues are derived largely from natural resources) compounds this problem: citizens do not feel bought-in to government, because they pay little into government and get little out of it, while leaders do not need their tax payments to fill state coffers.  All of this leads citizens to reduce their expectations of government, leaving some resigned to the notion that government will rarely deliver on their demands, and that it is not accountable to them.

The good news, however, is that these dynamics are changing.  Peaceful mass protests in Africa are accelerating, and in some cases, such as Sudan, leading to change at the top. Citizens are demanding more accountability from their leaders, including through transparency and service delivery.  As these expectations change, and leaders see some of their counterparts forced from office, pressure on governments to deliver results will grow.

Because they did not come to office on the back of popular support, and once in office do not depend on popular support—especially when they have a monopoly on the use of force and engage in grand corruption—leaders feel little pressure to respond to citizen demands and adapt to public sentiment. 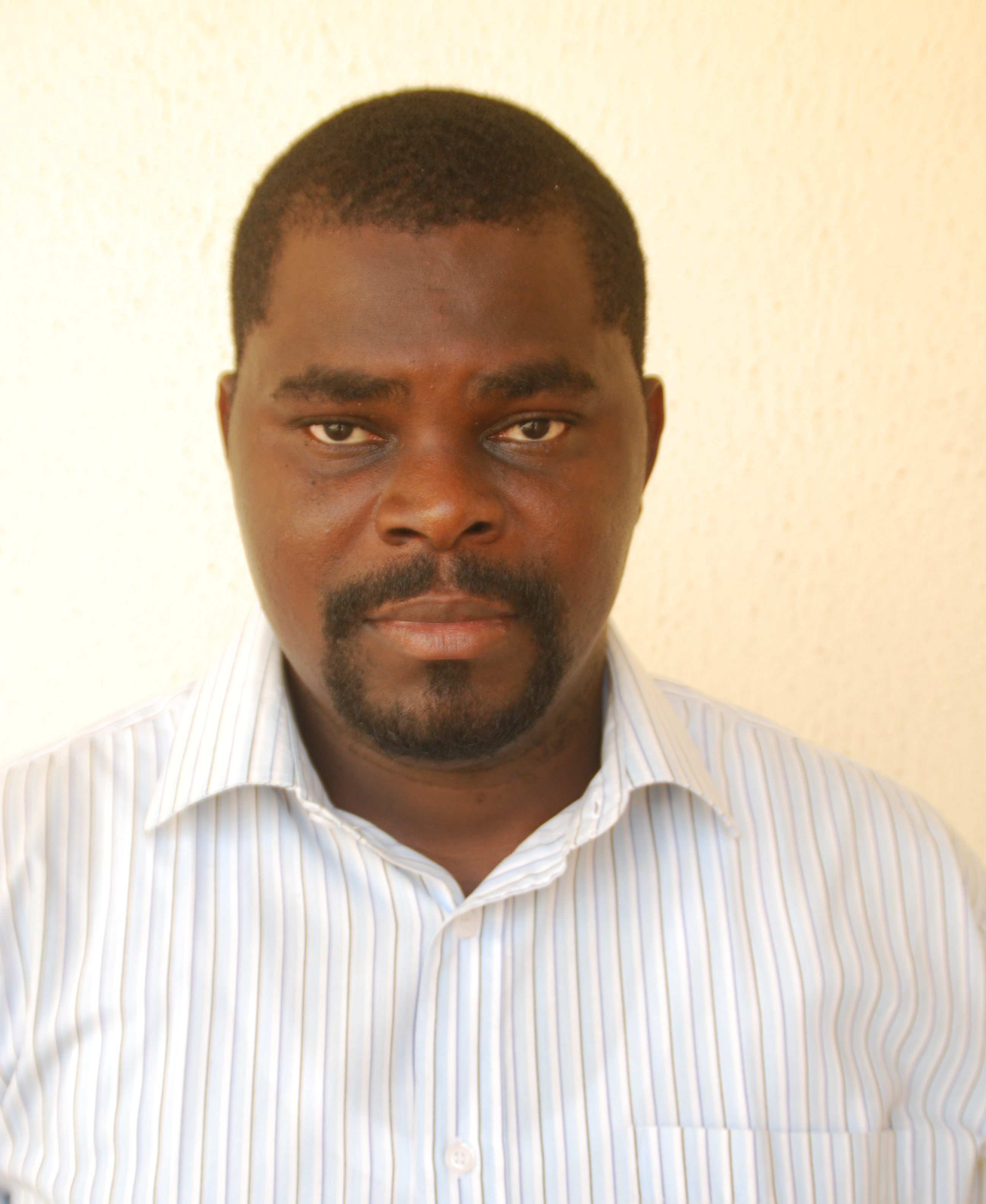 Emeka Umejei is a visiting assistant professor of communication and multimedia design at the American University of Nigeria. He has written extensively on Chinese media and Chinese digital infrastructure in Africa, and currently is completing a book on Chinese media in Africa. Follow him on Twitter @emekaumejei.

Chinese party-state influence over African media development is among the biggest impediments to good governance. There are largely three components of China’s Belt and Road Initiative: economic, digital infrastructure, and the media. The economic aspect encompasses trade, investment, and loans; the Digital Silk Road is a digital component through which the Chinese government seeks to expand its digital footprint in Africa; and the Belt and Road News Network (BRNN) is a partnership between China’s state-led media organizations and more than 182 media organizations in 86 countries, including several in Africa.

While the first component has attracted much attention, the other two have been treated more lightly. Because China’s digital infrastructure could bring about an authoritarian model of the internet that encourages autocratic governance in Africa, it is important for African political actors to consider the long-term impact of this infrastructure. For instance, what would become of Chinese digital infrastructure such as Huawei’s 5G network if the internet diverges into American and Chinese versions, or into American, Chinese, and Russian versions? In addition, if the expansion of Chinese media into Africa has raised a cause for concern, the BRNN is more alarming. The BRNN represents China’s first attempt at reinforcing the Chinese media model through a partnership with African media organizations. Africans are more likely to believe their own media organizations when they deliver the CCP’s propaganda than when Chinese media does. The combined effect of China’s digital infrastructure and the BRNN would be far-reaching in Africa. This would mean that issues such as democracy, freedom of expression, human rights and political pluralism may be curtailed on the continent, resulting in the emergence or consolidation of African leaders that are not responsible to their electorates.

Because China’s digital infrastructure could bring about an authoritarian model of the internet that encourages autocratic governance in Africa, it is important for African political actors to consider the long-term impact of this infrastructure.

A Q&A discussion with Rafael Marques de Morais on kleptocracy in Angola.

“Democratic Activism and the Battle Against Modern Kleptocracy,” a Power 3.0 blog post by Dave Peterson.

The National Endowment for Democracy,...

Carl Gershman in The Globe and...

In his 1970 Nobel Lecture in literature, the famous...

Minxin Pei is the Tom and Margot Pritzker ’72...

The International Forum for Democratic Studies assesses the tactics used by...