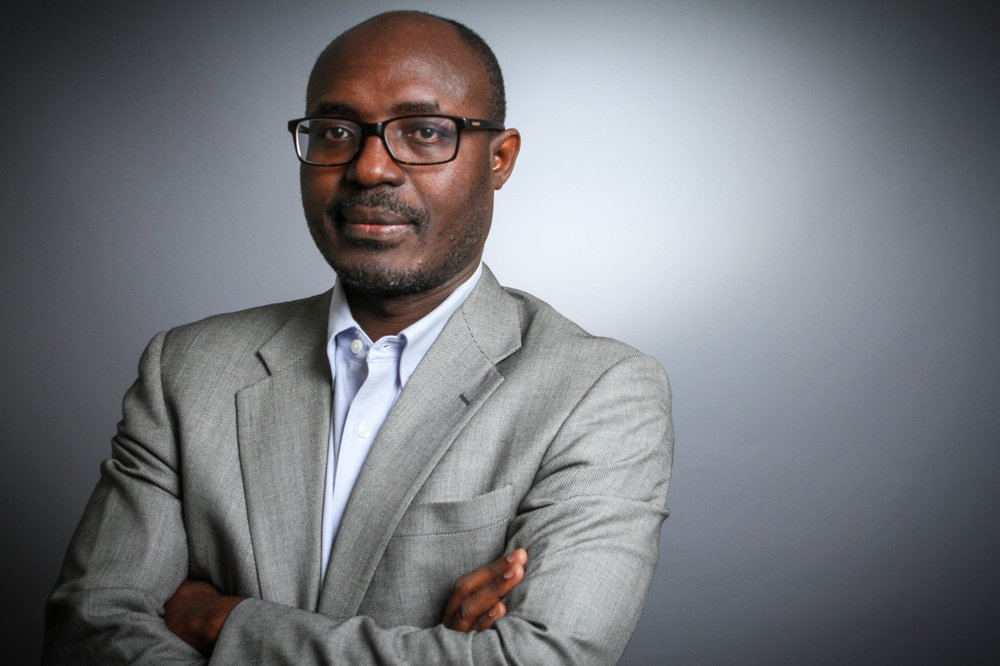 Rafael Marques de Morais is a journalist and human rights defender with a special interest in political economy and human rights in Angola. He currently runs the watchdog website Maka Angola, dedicated to exposing corruption and human rights abuses in his country. His book, Diamantes de Sangue: Corrupção e Tortura em Angola [Blood Diamonds: Corruption and Torture in Angola] (2011) investigated corruption and human rights abuses in the Angolan diamond industry. In 2013, he was co-recipient of the Integrity Award given by Transparency International for his work in exposing corruption in Angola. He has also received numerous other awards, including the Gerald Loeb Award for International Reporting, the Journalism Award from Index on Censorship, and the Allard Prize for Integrity. In June 2017, Marques de Morais traveled to Washington, DC, where the National Endowment for Democracy honored him and other anti-corruption activists with its 2017 Democracy Award. Upon his return, the Angolan government indicted Marques de Morais for “outrage to a body of sovereignty and injury against public authority.”

Angola is a resource-rich, major oil-producing country that nonetheless scores poorly on measures of human development. State funds that might improve living conditions in this nation of 25 million people are instead diverted to enrich the ruling elite and its network. It also scores poorly on Freedom House’s measures of political rights and civil liberties and on Transparency International’s Corruption Perceptions Index. Given its tightly-controlled and repressive governance system, Angola is frequently ranked as one of the most corrupt countries in the world.

Melissa Aten of the International Forum for Democratic Studies spoke with Rafael Marques de Morais on the topic of kleptocracy and its effect on Angola’s development. (This interview has been condensed and edited for clarity. The views and opinions expressed here do not necessarily reflect those of the National Endowment for Democracy.)

Melissa Aten: How does kleptocracy work in your country and what are its effects?

Rafael Morais de Marques: Kleptocracy works in Angola as a hyper-centralized power within the presidency. The president basically distributes all the major businesses among his family and friends. It is up to the president to decide who gets the privilege of earning money in Angola.  The president’s family and a few generals and ministers control the entire economy of the country. [i]

The other important aspect about kleptocracy in Angola has to do with the gatekeeping system. No foreign investor gets past the ruling elite without taking one as a partner to be favored in business deals in the country.  Oftentimes if it’s a major business venture, those Angolan partners will be the relevant ministers, members of the presidential family, or generals nominated by the president. When foreign investors hoping to open a company in Angola seek authorization from the government to do so, it is widely understood that they will often offer 25 percent of the deal for the decision-making power to allocate “as support for social programs,” but then the shares and profit end up in the pockets of a ruling family or proxies. Then the other sectors also need a piece of the pie and so on and so forth.

During the election period, we are also hearing reports of public sector managers, especially outside the urban areas, being required to contribute between 30 to 100 percent of one month’s salary to support the ruling party’s activities, or they get demoted from their positions.

How does kleptocracy impact development in Angola?

The biggest effect of kleptocracy as it is now felt is that hospitals lack basic medicine and equipment such as syringes, bandages, disinfectant, and malaria pills. You go to children’s hospitals and you have three to five children sharing the same bed. For less privileged patients, relatives have to bring in rugs and the children just lay on the floor. Some of the biggest effects of kleptocracy can also be felt in the education system. Students go from first  grade to graduating university without studying, with their parents paying bribes to move them forward. So we now have university graduates who can’t write. This group of “graduating” students presents a major problem for the country’s future because we’re talking about at least two generations of people who will have to be retrained.

You can’t have both kleptocracy and development. Kleptocracy means literally stealing the state’s assets wholesale for those in power, so they don’t leave money for development. In the case of Africa, influence is measured by how Western powers and companies deal with them to access resources or geostrategic interests. They siphon all the funds to the West and then measure themselves by the amount of wealth they have in the West. While Bill Gates needed to invent something, an African president needs to invent nothing to be a billionaire. He just needs to apportion the billions necessary to make the Forbes list.

Do African kleptocrats attempt to influence regional African organizations, such as the African Union, to their favor?

They try, and they have some successes. Angola served on the UN Security Council and UN Human Rights Council, but African organizations are actually not relevant to kleptocrats in Africa. They need the legitimacy given by the West, which is why they will spend millions of dollars on lobbyists in Washington. African kleptocrats already will not criticize each other in the African Union and other regional organizations, so it is not necessary to target them for influence.

What is the role of Portugal in Angola’s kleptocracy?

Portugal has been a laundromat for Angolan elites’ ill-gotten gains. It has been a co-perpetrator of the plunder of Angola. For example, the main shareholder of a Portuguese bank got into all kinds of shady deals with the Angolans, thinking they were smarter than the Angolans, but then the bank collapsed. We had at some point over 100,000 Portuguese workers in Angola, sending remittances worth over $250 million euro a year back to Portugal. Corruption in Angola and the lack of government trust in the human resources of its own people was of great benefit to Portugal. The takeover of the national oil company by Dos Santos’s daughter has been greatly beneficial to Portugal because she brought in a large team of Portuguese managers to help her. There’s hardly a respectable looter in Angola that doesn’t have a Portuguese manager.

President dos Santos has promised to step down later this year after ruling Angola for nearly forty years. Assuming he keeps his word, what is the likelihood this alternation of power will decrease kleptocracy in Angola?

Things have hit rock bottom. Two things could happen. Either the incoming president quickly changes the course of power by really cracking down on corruption, or he will not last long. There’s no money left in the country. In this environment, no outside investment will be made to help bail out the country unless serious economic measures are taken. I’m hopeful, because we are presented with an opportunity. It will require the willpower of citizens and leadership from within civil society to show whomever takes over power that they are under serious scrutiny and their powers will be checked on a daily basis.

How can outside actors support efforts to combat kleptocracy in Angola?

By helping to strengthen those inside the countries affected by kleptocracy to build strategies, investigate cases, and really mobilize resistance against kleptocracy. It is also necessary to start taking on litigation. It’s important to show people that we have all the laws required to combat kleptocracy, but those laws aren’t enforced.

International organizations can be bogged down by theoretical arguments and narratives. Kleptocracy is not about arguments or narratives. It’s about a call to action on the rule of law, and on the enabling of asset flows around the world. For that, we need to know who is moving what, when and where, and how it can be stopped. All other theoretical conversations must be secondary to identifying the targets of these flows.

For more from NED’s International Forum on this topic, see:

In 2018, a peaceful protest movement brought down Armenia’s semiauthoritarian...

The International Forum sits down with Judge Mark Wolf...

These "Global Insights" illuminate the...

For more than two decades now, the majority of the...