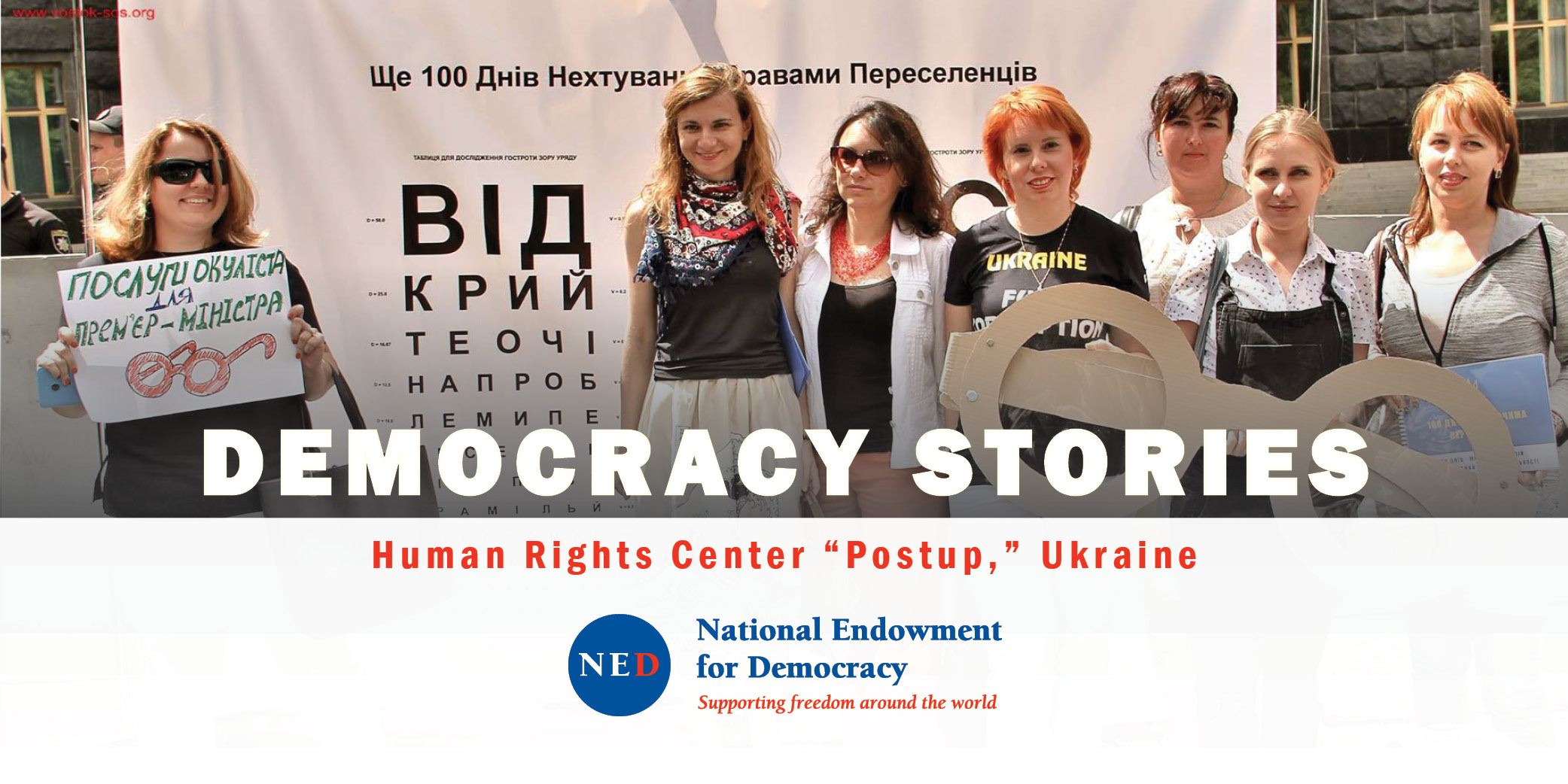 In the wake of the 2013-14 Maidan protests and change of government in Ukraine, Russia both occupied and annexed Crimea and began supporting a separatist conflict in east Ukraine. An estimated 1.2 million people have been displaced inside the country. In response, NED has supported numerous Ukrainian civil society groups addressing the crisis.

The Human Rights Center “Postup” is one such NED grantee. In partnership with 35 NGOs from Luhansk, Donetsk, Crimea and Kyiv, and the multi-regional Ukrainian Coalition for Legal Aid (ULAC), Postup provided legal assistance to over 12,000 internally displaced people (IDPs) over a three-month period. Postup also responded to over 25,000 calls through its emergency hotline and provided humanitarian assistance to 4,000 IDPs in Kyiv and more than 5,000 in the conflict zone.

Meanwhile, grantee Council of Civil Initiatives in Kyiv and Educational Human Rights House Chernihiv assisted more than 2,000 activists and IDPs in developing local projects that benefit their communities and build contacts with their new hosts in order to overcome mutual stereotypes and promote the reconciliation needed to consolidate and strengthen the country.

Providing information about IDPs and raising awareness of the issue in society as a whole are crucial to the long-term process of dialogue and reconciliation in the country. Postup publishes up to 40 articles about IDPs daily on its websites, while ULAC has published almost 250 articles for local and national media, produced and aired 40 TV and radio spots, and distributed 40,000 leaflets on topics related to IDPs. At the height of the conflict in August 2014, over 600,000 people visited Postup’s website per day, donating money, medicines, foodstuffs and clothing that were distributed for humanitarian relief.

While these projects began as NGO initiatives engaged in different types of activities (Postup, for example, initially focused on child advocacy), NED’s flexibility and the organizational capacity and resources of NED’s partners allowed them to respond quickly and efficiently to urgent and unforeseen needs.

The June 2019 edition of the Forum newsletter...

In Ho Park is the head of North Korean research at...

NED Calls for Release of Egyptian...

The National Endowment for Democracy expresses its...